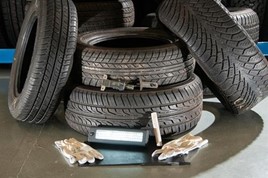 Brakes and tyres remain the biggest problems for UK vehicles following the introduction of  the new MOT regulations in 2018, according to UK car warranty provider Warranty Direct.

The data was compiled from the Driver and Vehicle Standards Agency (DVSA) on over 50,000 of the claims the company handled from March 2018 to May 2019.

The number of vehicles with advisory issues was the second highest after “major” issues, which had 17,473,946 vehicles in its category.

Advisory issues were found in over 15 million vehicles.

Simon Ackers, the chief executive of Warranty Direct, said: “The recent high number of advisory issues are of significant concern and indicate a large proportion of drivers are taking potential, unnecessary risks when it comes to vehicle safety.

“Ignoring or leaving advisory issues for too long could lead to serious accidents and high repair costs for drivers.”

“We recommend all motorists take the correct safety measures and deal with any advisory issues as soon as possible.”

The DVSA data found faulty braking systems were one of the main issues across the country, making up 34% of all advisory cautions.

According to 2017 data, faulty brakes were the main cause of road accidents by vehicle defects in the UK. There were 570 accidents during this year alone.

Poor tyre conditions were recurring across many vehicles, according to the DVSA, causing 35% of all advisory cautions.

Just under half of tyre-related advisory issues were due to vehicles operating too near the suggested minimum tread depth.

Defective tyres were also the second biggest cause of road accidents caused by vehicle defects in 2017, leading to 472 accidents.

While not a direct MOT fail, tyre and safety experts believe the 1.6mm legal minimum is insufficient to ensure safety.

Most suggest a minimum tread depth of 3mm for tyre replacement.

Those who fail to take notice of advisory tyre notices could also face a £2,500 fine and three penalty points for a worn tyre.

If all four tyres are below the legal limit, you could be given a £10,000 fine and possibly lose your licence.

According to Warranty Direct’s analysis of DVSA data, the top five most common advisory issues in the UK overall are:

As well as being a key factor in MOT failings, tyres and braking product manufacturers are also being pushed to ensure their products help to reduce pollution from road traffic.