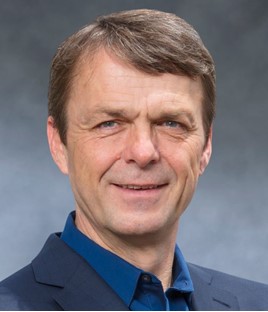 Marchionne had been due to retire early next year and had been widely credited for rescuing Fiat from the brink of collapse in 2004 and transforming Chrysler into a profitable venture following its acquisition in 2009.

However, complications resulting from a recent surgical procedure have left him unable to return to work.

Manley has been at the helm of Jeep since June 2009 and the Ram brand since October 2015. In that period the FCA Group has seen a quadrupling of Jeep sales.

The progress of Jeep had led Marchionne to place it at the centre of the group’s strategic plans last month, when he announced that he wanted the brand to account for one in every 12 utility vehicles sold by the industry.

British-born Manley joined the FCA Group in 2000 and was initially network development for DaimlerChrysler.

In a statement announcing his appointment to the role of chief executive over the weekend, FCA Group said: "With reference to the health of Sergio Marchionne, Fiat Chrysler Automobiles communicates with profound sorrow that during the course of this week unexpected complications arose while Mr Marchionne was recovering from surgery and that these have worsened significantly in recent hours. As a consequence, Mr Marchionne will be unable to return to work.

“The board of directors of FCA, meeting today (June 21), firstly expressed its closeness to Sergio Marchionne and his family and underlined the extraordinary contribution, both human and professional, that he has made to the company in these years.

“The board resolved to accelerate the CEO transition process that has been proceeding over the past months and named Mike Manley as CEO.

“The board will therefore propose to the next shareholder meeting, to be called in the coming days, that he be elected to the board and serve as an executive director of the company.

“In the meantime, in order to provide for his full authority and operational continuity for the company, the Board has with immediate effect granted Mr Manley all the powers of CEO.

Reporting in the changes at the top of the FCA Group, Reuters said that Jeep’s crucial role at FCA had become clear last year when news swirled that Chinese automaker Great Wall was interested in buying the brand.

It suggested that losing Marchionne as the group’s boss “may end up making the firm he saved a more attractive target in the future”.