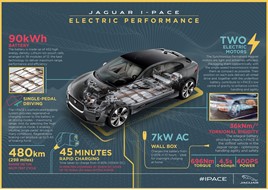 Jaguar Land Rover (JLR) and BMW have announced that they are embarking on a partnership to help them develop the next-generation of electric vehicles (EVs).

The British and German premium carmakers said in a statement issued today (June 5) that the collaboration will help them manage the transition towards a future of autonomous, connected, electric, shared (ACES) mobility.

“Joint investment in research and development, engineering and procurement will provide the necessary economies of scale to support increased consumer adoption of electric vehicles,” the statement said.

The move comes as manufacturers of all sizes form alliances which will see them pool their resources to try and increase their chances of survival amid the global drive towards vehicle emissions reductions through electrification.

FCA Group is has expressed its desire to merge with Renault, Toyota and Mazda have formed an alliance which will see them collaborate on technology and manufacture vehicles together in the US, while Volkswagen and Hyundai are both seeking buyers for their respective battery electric and hydrogen fuel cell technologies.

VW also has a global alliance with Ford to work together on new vehicles and projects.

In the case of JLR and BMW, an alliance will bring together a manufacturer which invested early in electrification and one of the stand-out new entrants to the AFV sector. 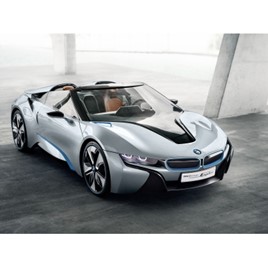 BMW’s i3 hatchback and i8 coupe were produced following significant investment from the Bavarian brand, not only in electric drivetrains but weight-saving carbonfibre construction.,

Jaguar’s I-Pace SUV, meanwhile, has been acclaimed at the 2019 World Car of the Year and its drivetrain is expected to underpin the n3ext generation of electrified JLR products.

Today’s statement, issued jointly by JLR and BMW, stated: “The strategic collaboration will build on the considerable knowledge and expertise in electrification at both companies.

“Jaguar Land Rover has demonstrated its leading technical capability in bringing the world’s first premium battery electric SUV to market - the 2019 World Car of the Year, the Jaguar I-PACE, as well as plug-in hybrid models; and BMW Group bringing vast experience of developing and producing several generations of electric drive units in-house since it launched the BMW i3 in 2013.”

Nick Rogers, JLR’s engineering director, said: “The transition to ACES represents the greatest technological shift in the automotive industry in a generation.

“The pace of change and consumer interest in electrified vehicles is gathering real momentum and it’s essential we work across industry to advance the technologies required to deliver this exciting future.

“We’ve proven we can build world beating electric cars but now we need to scale the technology to support the next generation of Jaguar and Land Rover products.

“It was clear from discussions with BMW Group that both companies’ requirements for next generation EDUs to support this transition have significant overlap making for a mutually beneficial collaboration.”

A team of Jaguar Land Rover and BMW Group experts will engineer the EDUs with both partners developing the systems to deliver the specific characteristics required for their respective range of products, today’s statement said.

The EDUs will be manufactured by each partner in their own production facilities. 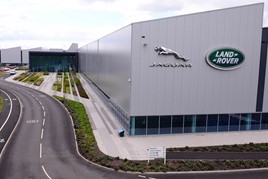 For Jaguar Land Rover this will be at its Wolverhampton-based Engine Manufacturing Centre (EMC), which was confirmed as the home for the company’s global EDU production in January of this year.

The plant, which employs 1,600 people, will be the centre of propulsion system manufacturing offering full flexibility between clean Ingenium petrol and diesel engines and electric units.

The EMC will be complemented by the recently announced Battery Assembly Centre at Hams Hall, near Birmingham, in supplying electrified powertrain systems to Jaguar Land Rover’s global vehicle plants.