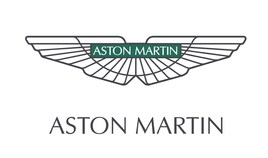 Industrial action is threatened at Aston Martin as workers face losing an estimated £100,000 in retirement income if the defined benefit scheme is closed from February 2022.

Unite the Union said its members affected by the proposal at Gaydon and Wellesbourne (both in Warwickshire); Milton Keynes; Newport Pagnell; and St Athan in South Wales had voted in a consultative ballot that they wanted to hold a full-scale industrial action ballot in the New Year to protect their retirement incomes.

The union said Aston Martin Lagonda wants to close the defined benefit (DB) scheme on January 31, 2022, which could cost members about £100,000 over the course of their retirement, depending on individual circumstances.

Sharon Graham, general secretary at Unite the Union, said: “We will back our members at Aston Martin 100% if they decide to take industrial action to defend their pensions and defeat this threat to their retirement incomes.

"These workers have done as asked and saved for their retirement, but they have also worked hard to deliver improved profits for Aston Martin.

“There is, therefore, no case to be made for closing the defined benefit pension schemes, a move that robs our members of tens of thousands of pounds – in the case of Aston Martin workers, that is about £100,000.

“Aston Martin's whole workforce is now aware of the gross inadequacy of the existing defined contribution scheme by comparison – and this will be a significant factor when we put forward our claim in the 2022 pay review.”

The company wants to move the DB members to the existing defined contribution (DC) scheme which covers most of the workforce and also new employees.

However, Unite the Union said that such DC schemes are 'at the mercy' of sudden fluctuations in global stock markets and produce 'worse' retirement incomes. The consultation period is due to end on December 17.

Aston Martin is planning to increase its wholesale business to 10,000 cars by 2024/2025 and achieve revenues of £2bn and a £500m pre-tax profit, as part of its Project Horizon strategy.