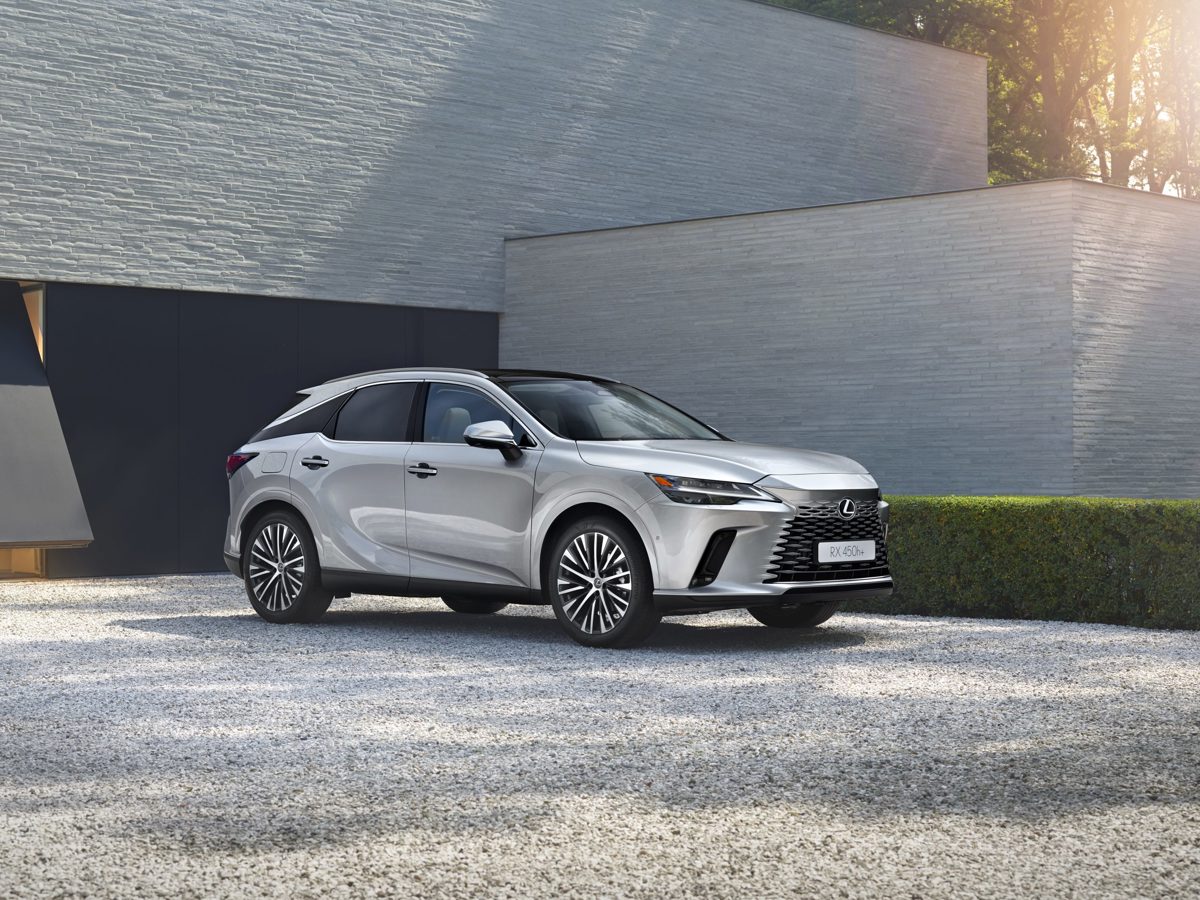 Lexus has revealed the new RX, which is due to go on sale later this year.

The fifth-generation model is available with three hybrid engines, including one plug-in hybrid. It should arrive in showrooms in early 2023.

Together with the recently launched NX and newly revealed RZ electric SUV, the RX is said to represent the ‘Next Chapter’ of the Lexus brand.

It’s based on a modified version of the platform that underpins the new NX. The rear has been redesigned to extend the wheelbase and increase rigidity.

The new platform has enabled a 90Kg reduction in the car’s weight and a lowering of its overall height by 10mm, contributing to a 15mm lower centre of gravity. The wheelbase is longer by 60mm within in an unchanged overall length.

The line-up kicks off with the RX 350h. It uses a 2.5-litre hybrid petrol engine that develops 245PS and can accelerate from 0-60mph in eight seconds. Buyers can expect fuel consumption of around 42mpg.

At the top of the range, the RX 500h uses a new 2.4-litre turbocharged petrol engine, with a twin motor hybrid system. It produces 371PS and can reach 62mph from rest in six seconds. Modified brakes and rear-wheel steering system help to improve driveability for this flagship model.

The RX Is equipped with a 14-inch multimedia touchscreen, which forms part of its driver-centric cabin. Interior space has been boosted, thanks to the longer wheelbase and Lexus said the car benefits from re-designed seats that can also be trimmed in a synthetic leather.

Prices are yet to be announced, but dealers are accepting orders. The new RX is likely to arrive in early 2023.

Lexus will be a BEV only car brand in Europe by 2030. By 2035, globally, Lexus will sell electric cars only, and all Toyotas sold in Europe will be zero emission.