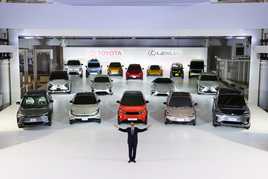 Its Lexus premium brand will be BEV only in Europe by 2030, it said.

By 2035, globally, Lexus will sell electric cars only, and all Toyotas sold in Europe will be zero emission.

Toyota, the world's biggest carmaker, said it expected its annual BEVs sales to reach 3.5 million vehicles by the end of the decade, or around a third of its current vehicle sales.

The bZ (beyond zero) battery electric range in Europe will expand with introduction of a small crossover as a follow up to the bZ4X launch.

Chief executive Akio Toyoda said: "We will not only add battery EV options to existing vehicle models but will also offer a full line-up of reasonably priced mass-production models, such as the bZ series, to meet the needs of all kinds of customers.

"By doing so, we hope to deliver to customers around the world the unique and beautiful styling as well as fun-to-drive aspects of battery EVs, and the experience of a life with battery EVs."

He said the company was still working with a multi-pronged carbon-reduction strategy that includes hybrid and hydrogen powertrains.

“We want to leave all people with a choice, and rather than where or what we will focus on, we will wait a little longer until we understand where the market is going, he said.

In November Toyota declined to join a pledge signed by six carmakers to phase out fossil fuel cars by 2040, and argued that not all parts of the world would be ready to transition to zero emission cars by then. 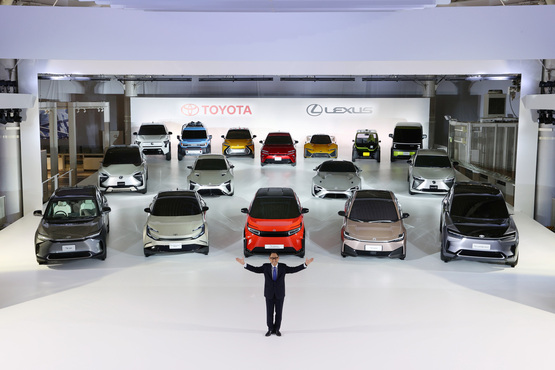