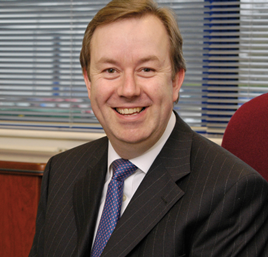 A new report has called into question the manner in which solicitors are providing evidence of vehicle rental rates (known as basic hire rates) in disputed car accidents.

A report from Accident Exchange, a subsidiary of Automotive & Insurance Solutions Group, shows there are concerns over the honesty of evidence submitted in 61% of 196 court cases.

The findings have been published six years after the multi-million pound Autofocus fraud case.

See also: Accident Exchange took automotive consultants Autofocus to court over allegations that it gave bad information in compensation cases going as far back as 2007.

The report included a review of 196 witness statements made by a number of different ‘rate experts’ and filed by defendant solicitors over a 120-day period from June 10 to October 8, 2015. It was commissioned by Accident Exchange.

In 23% of cases investigated, it was identified that critical elements relating to the basic hire rate evidence served were actively supressed with the likelihood that, as a result, the motorist would have been denied 50% of the true value of his or her claim.

In 42% of cases, the evidence relied on information purportedly obtained by a telephone call made by the rate expert but less than 5% of call recordings were made available by the defendant solicitor.

Where the recordings were made available, a check to determine whether the witness statements that followed the calls were faithful reproductions of the telephone call found that, in many cases, they were not.

“They have to ensure that evidence they put in front of a judge is honest and truthful especially when they have commissioned and paid for the evidence.

“The investigation suggests that, in the majority of cases, they have either performed no meaningful check as to whether the evidence was wholly and completely honest or they are reckless as to whether it is.

“In too many cases, the evidence was so tainted that it was highly likely to mislead the trial judge and deny the innocent motorist justice, exactly the situation we saw with Autofocus.”

Evans said the post mortem of the Autofocus fraud in 2009 showed the same pattern of behaviour.

He said: “Then, solicitors claimed they could never have imagined the deceit being perpetrated in the name of their insurer clients. Six years later, they need to reflect on the lessons learned, recognise that their primary obligation is to the court and take ownership of the ‘paid for’ evidence they are staking their insurer client’s reputations on.”