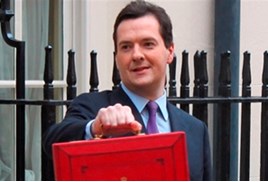 Fears are mounting that diesel could be hit with tax rises in the chancellor’s autumn statement  as the Government reacts to the Volkswagen diesel crisis.

Campaign group FairFuel UK believes a “knee-jerk reaction” could lead to drivers of diesel cars and vans being penalised.

It told AM sister-title Fleet News Whitehall sources were claiming the Treasury could yet decide to target diesel.

FairFuel UK understands that potential measures could include higher Vehicle Excise Duty rates, a purchase tax on used diesel vehicles, a 1p to 2p rise in duty just on diesel and even an increase in VAT for the fuel type.

“This could cause used diesel car and van values to collapse and add millions in extra costs to families and businesses across the country,” said lead FairFuel UK campaigner Quentin Willson.

The tax take on fuel is already very high.

More than two-thirds (70%) of the pump price in the UK is down to tax, making it the highest in the EU for diesel and the second highest for petrol.

Previous governments introduced fiscal incentives to persuade drivers to choose diesel over petrol: in 2001, the Labour government reduced the tax on low sulphur diesel and drivers were told that diesel fuel emitted less CO2 and was better for the environment.

Diesel sales in the UK rose as a direct result of this policy change, with 50% of all cars now being powered by diesel engines and fleets operating the lion’s share.

The Chancellor George Osborne will deliver the autumn statement to Parliament on Wednesday, November 25.

In the meantime, Howard Cox, co-founder of FairFuel UK, says he will be writing to all MPs and asking where they are positioned on the future of diesel taxation.