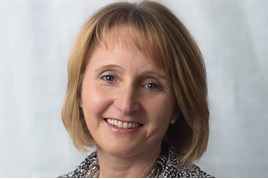 Automotive industry employees are “confident in the prospects of their employer” but retailers offer lowest wages and fewer holidays according to recruiters Copeland Select Ltd.

Over 3,500 automotive industry employees and employers were questioned to compile the annual salary and benefits survey guide published by the industry recruiter and managing director Julia Pennington described the results as “encouraging”.

Copeland’s figures revealed that 50% of automotive industry employees were satisfied with their salary and 75% were confident of their employers' prospects for 2016.

Pennington said: “It’s very encouraging to find that the level of confidence in the automotive sector remains high.”

But those who worked within the retailer network were among employees who received the fewest holidays, with 37% receiving 22 days or less.

And of those gaining 28 days or more annual leave, 77% worked for a manufacturer.

Retailer employees made up 16% of respondents to Copeland’s survey, with 44% being manufacturer employees, 9% suppliers to the automotive industry, 8% from marketing agencies, 6% working in leasing, contract hire and rental and 4% in motor finance.

Pennington said that employee confidence was high, however. She said: “Most employees are confident in both the prospects of their employer and the wider industry. Of those thinking about moving jobs, the leading motivator is career progression – closely followed by an improved remuneration package.

“Over half of employers surveyed were concerned about losing employees in 2016 and many were taking action to help retain or attract the best employees including reviewing benefits packages.”

She added: “Bonuses and commission remain a large element of earnings, with dealer employees receiving the highest proportion.”