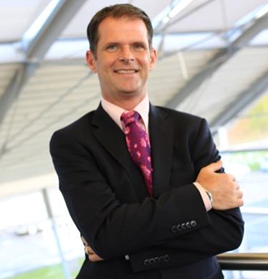 In the past, when a dealership needed to hire extra staff, all that was required was to place an ad in the recruitment pages of the local paper or an automotive trade magazine.

In today’s competitive jobs market, that method no longer attracts candidates of the right calibre.

In some cases, it doesn’t attract any candidates at all.

It is indicative of the steps to which dealer principals have to go to fill vacancies that Spire Automotive, a multi-franchise group serving north London, Hertfordshire and Essex, advertised in The Caterer magazine when it needed to hire a reception host.

The ad worked far better than expected, attracting four candidates all considered capable enough to be taken on as sales executives.

Attracting and retaining talented individuals is one of the toughest challenges facing the retail motor industry.

At its centre lies the thorny issue of pay and conditions.

Traditional remuneration packages offered by the sector, especially for sales positions, are increasingly unpopular with job seekers because of the low basic pay, long hours and/or inflexible working arrangements.

‘Existing pay and incentive models are too inflexible’

“It’s obvious that the sector is struggling to attract the quantity and quality of the people it needs,” said Steve Nash, chief executive officer of the Institute of the Motor Industry.

“Existing pay and  incentive models are too inflexible and are not attracting women, in particular women coming back into the workplace after having

“Young people are also looking for something different.

Out of nearly half-a-million graduates who came out of the education system last year, the whole of the automotive industry only employed around a couple of thousand, and half of those went into manufacturing.

“The idea of starting on a very low basic pay and earning a reasonable salary through commission has been around forever, but we have done research on this and we know it does not appeal to people today as much as it did.

“Retailers know this too.

“We have got to evolve and offer something different because the job of selling cars has changed.

“By the time most customers have walked into the showroom, they have largely made up their minds.

“Do we really need to be rewarding a salesman for just taking a signature on a piece of paper?

“I’ve spoken to an awful lot of retailers who are considering everything from simply increasing basic salaries to taking a radical new approach.

“Understandably, there is resistance to change. Some people are convinced they can earn more money on a ‘low basic, high commission’ model than they would on a fixed salary.

“There are a number of employers in the sector who still believe that if you pay a decent basic salary, you simply won’t get the results.

“It’s the old view that a hungry salesman is a good salesman.

“The bonus culture is endemic in the industry; dealers themselves are reliant on huge bonuses from the manufacturers.

“Fear is stopping a lot of them from taking the first step.”

Spire Automotive (now owned by Group 1) introduced a new package for its sales executives about 18 months ago, comprising higher basic pay (£18,000 for a new recruit, compared with as little as £12,500 for some brands previously) but reduced commission.

“It has attracted some new people into the business,” said managing director Darren Guiver (pictured).

“Instead of that one person, we wanted to recruit two or three people for the same outlay.

They work fewer hours – and working hours can still be massive in this industry – but together they extend our service coverage.

“It sounds daft, hiring more sales execs who do less work, but our thinking is that this way our cost base does not increase and our people can spend more time with customers and build up a relationship over a longer period of time.

“This is what you see in other retail environments.”

The new system is making recruitment easier, as well as having a beneficial effect on sales margins and ultimately a dealership’s bottom line.

“It’s actually easier to recruit three people instead of one if the pay structure and the hours are seen to be more attractive,” said Guiver.

“I think the basic pay of sales execs will eventually end up somewhere near what service advisers receive now.

“People new to the industry and who may not have even sold anything before very often turn out to be the most profitable.

“They might not sell the most cars, but because they spend more time with customers, looking after them and giving advice, they build up a rapport with them and as a result tend to retain more profit in the deal.

“They don’t fall into the same trap that a traditional salesperson might – looking for a quick sale and thinking giving money away is the only way to sell a car.”

Hodgson, a dealership group with sites in Newcastle and Gateshead, has also started to recruit a new generation of customer-facing sales advisors.

“Before you had to comply with all the various bits of legislation, an individual could easily sell 200 or even 220 cars a year,” said general manager David Lowes.

“Now if you’re selling 200 cars a year you are cutting corners and not doing the handovers properly.

“The benchmark we have set our good sales people is about 175 new cars a year.

“But that shortfall has to be taken up by more people so we need more staff to handle the same sort of sales volumes.”

Hodgson has bolstered its sales force by recruiting people as product gurus on a guaranteed basic salary with no commission.

They are trained until fully conversant with each vehicle’s features, demonstrate it and make the customer fully aware of all the options. When the customer has chosen the right vehicle and package for them, a sales executive will step in to complete the sale.

“It takes away the selling part from the salesman,” says Lowes.

“This is why we have a fairly robust pay plan, where people can earn very good money based on doing the job properly rather than the volume they have sold. Commission mirrors your activity and how well you adhere to quality standards.

“That’s always been our philosophy on pay.

“From a sales point of view, the way people are being paid in the industry is definitely changing. It has to, because attracting staff with the right skill-sets is becoming quite difficult for certain roles these days.

“A lot of dealers in the industry are talking about trialling different types of pay plans for sales teams.

“Some of them are going for a very high basic salary and next-to-no commission.

Nobody is quite sure how that is going to work.

“I think there is still going to be a place for commission-based models. But the days are gone when someone on a basic salary of £7,000 can earn as much as £40,000 a year.

A third of total earnings is driven by commission

According to the fifth BDO Motor Salary Survey 2015, published last autumn, there has been little change so far in the overall mix between base salaries and incentives.

This shows that on average a third of total earnings continues to be commission-driven.

For all 26 positions surveyed, the average remuneration package includes a commissions element.

BDO partner Steve Le Bas, who helped to compile the report, said: “The ‘low basic, high commission’ pay model is still largely intact. One or two market leaders are trying to do something different, but I don’t think everyone will follow.

“It is quite a traditional industry.

“Where dealers are being innovative at the moment is in the benefits and incentives they can offer to all levels of staff.”

To attract and retain employees, BDO advises the UK’s 4,900 franchised dealers to consider a range of incentives.

These include so-called smart pensions, which mitigate some of the costs incurred by employers, tax-efficient company car schemes and salary exchange arrangements for benefits such as childcare, medical insurance and additional holidays.

The HR and training working group of the National Franchised Dealers Association (NFDA) was recently set up to promote the franchised sector as a more attractive career option for younger people.

Made up of industry specialists in HR and training, it will meet four times a year to discuss initiatives that could attract and retain staff in dealerships.

NFDA director Sue Robinson said: “This industry is suffering from a shortage of good people and I think everyone is aware of that.

“Changing pay structures will certainly make a difference and this is one of the focus areas of our new working group.

“All the dealer groups have really bought into the idea of co-ordinating ourselves better and moving the industry forward.

“How can we improve the image of the industry in the eyes of school leavers and graduates?

“Many retail sectors are now offering relatively high basic pay and I think dealers have to ask themselves if they need to do the same and bring in different pay structures.

“Some of the big dealer groups are already trying out new pay and incentives models to encourage more people, better people, into the industry. So, yes, things are beginning to change.”

> This report is taken from the AM Franchised Dealer Report 2016. It is available to buy in print or pdf in our shop.