Three quarters of SMMT members say remaining in Europe is best for their business, according to an independent survey.

77% of SMMT members surveyed said that if a referendum were held tomorrow, a ‘remain’ outcome would be best for their business, according to ComRes, commissioned to carry out the independent poll.

It’s a sentiment shared by 88% of large automotive companies that are SMMT members and 73% of SME members, with small and medium-sized businesses making up around three quarters of respondents (72%).

Only 9% say leaving would be best, less than the proportion who are uncertain (14% don’t know).

No large companies surveyed said an exit would be in their business’ best interests.

The Society of Motor Manufacturers and Traders, which represents the breadth of UK automotive businesses, from car and CV makers to parts suppliers and aftermarket companies, will set out its members’ position on EU membership at a press conference in London today.

The SMMT commissioned the poll, carried out over a five week period in January and February 2016.

Looking at the reasons why the EU is important to them, SMMT members are most likely to say that access to EU automotive markets has a positive impact on their business (66%).

This is followed by a majority saying that access to a skilled workforce (55%) and the ability to influence industry standards and regulations (52%) also have a positive impact on their business.

When asked to provide open-ended feedback, some of the key reasons given for staying in the EU included the importance of economic and market stability, securing the UK’s global competitiveness, and access to the single market’s free trade opportunities.2

Looking ahead to the threat of a potential Brexit, 59% of SMMT members say it would have a negative impact on their business in the medium- to long-term, with a further one in five uncertain about the nature and extent of that impact (18% don’t know).

When those foreseeing a negative impact were asked why, fears included becoming uncompetitive and losing business to EU rivals, while the risk of future investment being diverted to the continent also featured highly.

Mike Hawes (pictured), SMMT chief executive, said: “The message from UK automotive is clear – being in Europe is vital for the future of this industry and to secure jobs, investment and growth.

“The sector is thriving, with record car exports, new registrations and the highest manufacturing levels for a decade. Our industry supports 800,000 jobs across the UK and contributes more than £15 billion to the UK economy – our members have clearly stated that pulling out of Europe could jeopardise this.”

At a press conference today in London, senior figures from a wide range of automotive companies reinforced this message.

Dr Ian Robertson, member of the board of management, BMW AG, said, “As a major employer, exporter and investor, the BMW Group is committed to the UK which is home to two of our brands, Mini and Rolls-Royce Motor Cars. Our experience shows that the free movement of components, finished products and skilled workers within the EU is extremely beneficial to British-based business. We firmly believe Britain would be better off if it remained an active and influential member of the EU, shaping European regulations which will continue to impact the UK whatever the decision in June.”

"We are very satisfied with the performance our UK operations and are committed to our employees and investments. We also recognise that the UK’s future relationship with the European Union is a matter for the British people to decide. After considered review, we believe that continued membership of the European Union is best for our business and for our competitiveness in the longer term.”

Rory Harvey, managing director and chairman of Vauxhall, said: “The UK is the fourth largest global market for Vauxhall’s parent company GM and the largest EU market. We are part of a fully integrated European company where we benefit from the free movement of goods and people, and we believe not to be part of the EU would be undesirable for our business and the sector as a whole.”

This is the second time SMMT members have been canvassed on this issue – and the second time the overwhelming majority have stated that staying in Europe is best for their business. Reform remains important:

When asked to select the three reforms that would be most beneficial to their business, the top options included were better regulation and reduction of red tape, and a greater emphasis on free trade and access to global markets – in line with the EU reforms now secured by UK government. 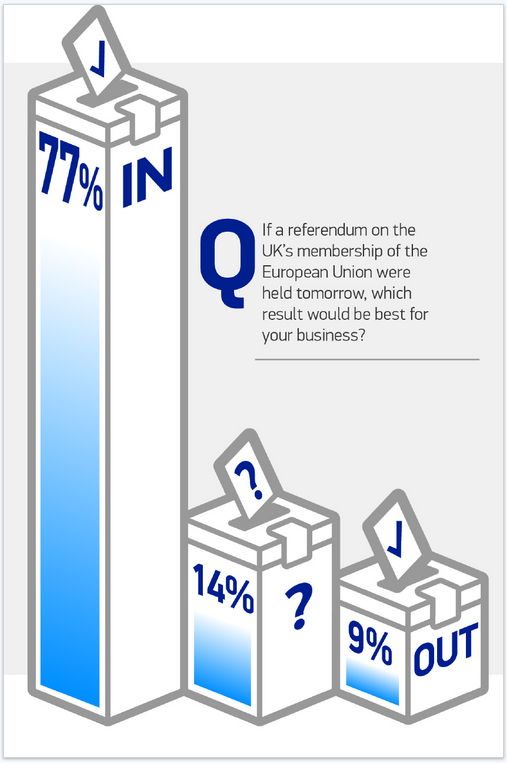 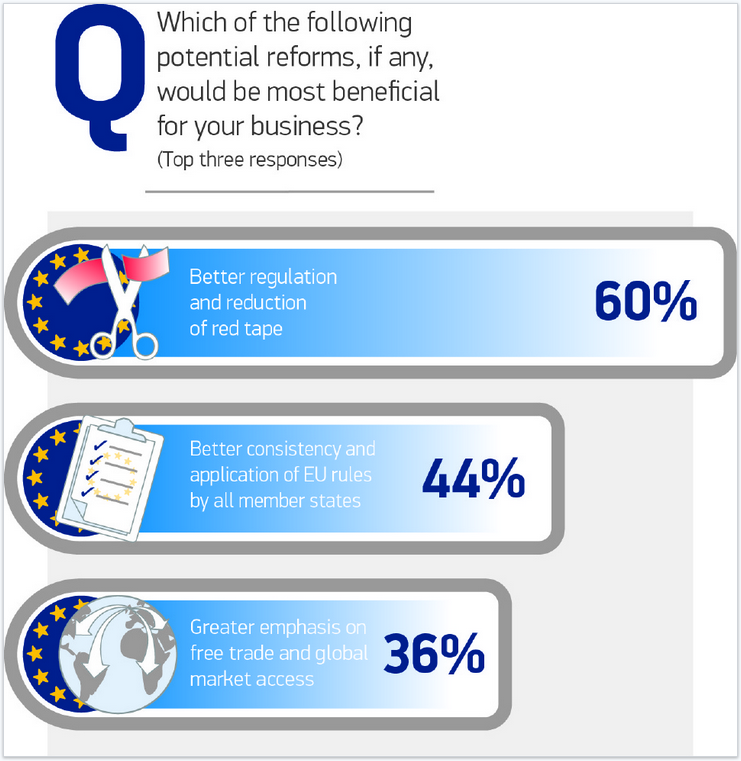 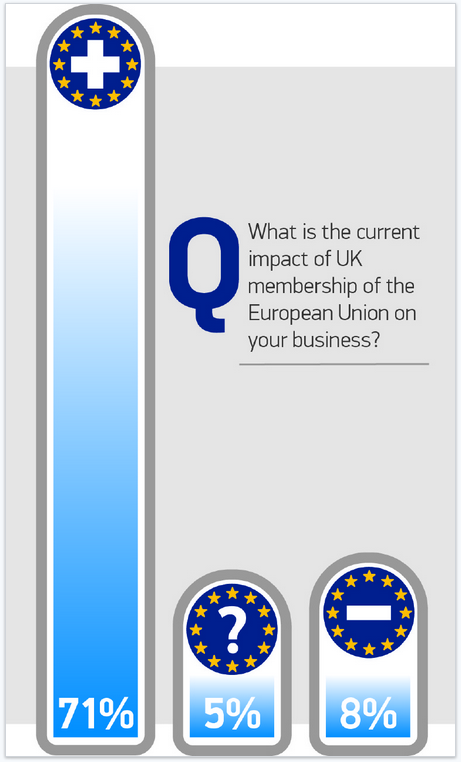 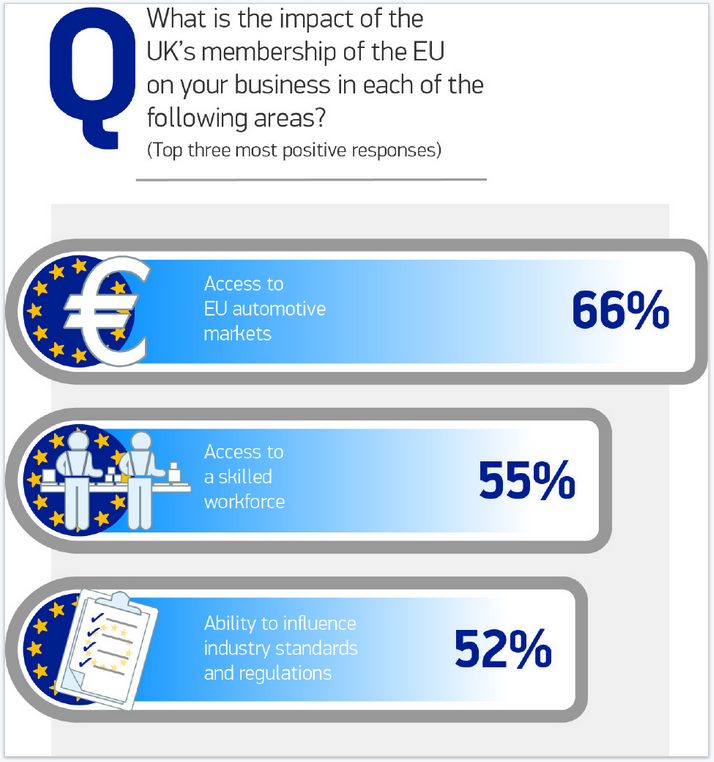