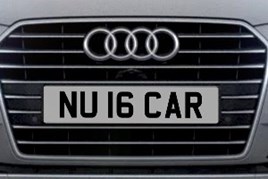 The UK’s new car market has set a fresh record, with the 518,707 registrations in March the highest ever achieved in the month since the bi-annual plate-change began in 1999.

The figure was 5.3% ahead of March 2015. The Society of Motor Manufacturers and Traders said this is only the third time the market has surpassed half a million units in a single month. 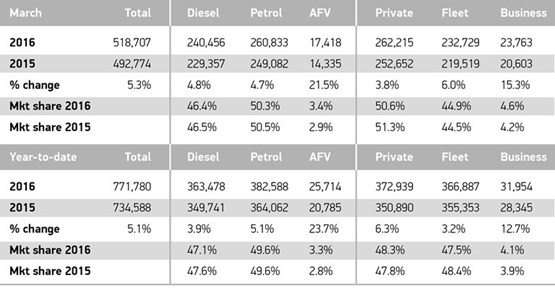 Growth was seen across all sales types in March: private and business registrations increased 3.8% and 15.3% respectively, while in the fleet sector demand grew 6.0%, reversing small declines seen in January and February as buyers sought to maximise residual values by opting for the new March number plate.

"This confidence should see registrations remain at a high but broadly stable level over the year, but could be undermined by political or economic uncertainty.”

Sue Robinson, director of the National Franchised Dealers Association (NFDA, believes rising consumer confidence due to a recovering economy, fewer concerns about unemployment and improvements in household finances have all helped to encourage them to be tempted by strong manufacturer deals and low cost finance offers on new cars.

“During the first few months of this year the UK economy has remained strong as originally predicted,” she added. “In 2016, UK GDP seems to be set to increase by 2.2% and we are confident and hopeful that the automotive sector as well as the UK economy will continue to perform well throughout the remainder of the year”. 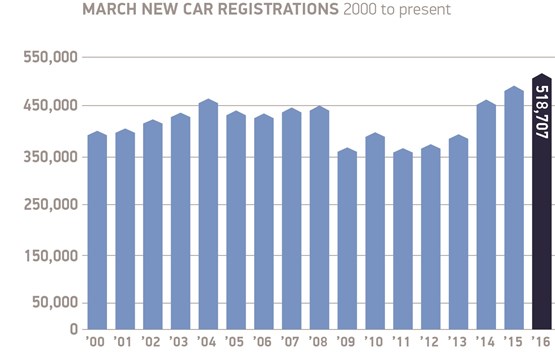 Derren Martin, senior editor at Cap HPI said: “How the industry copes with increasing volumes of vehicles returning to the market, particularly from ‘tactical registrations’ via pre-registrations and short-cycle daily rental channels, will underpin the stability of the used market.

“Cap HPI has reported the strength of the market through the first quarter of this year. We are seeing this bullish market reflected in new registrations, used demand and dealer sentiment.

"Continued strong consumer demand will be the key factor to underpin residual values over the coming months, as record volumes of vehicles return to the market.”

In the company's monthly survey of dealers, one in three dealers indicated they had seen an increase in finance penetration.

However many are concerned about the high wholesale prices of cars, and that profit margins are under pressure more due to a perceived reluctance from consumers to absorb increased forecourt prices.

Martin continued: “There will also be an abundance of late-plate cars appearing in the market over the next few months, indeed “16” plates were already being advertised on popular used car websites from the early days of March.

"Concerns around oversupply do need to be tempered with the fact that retail demand for used cars remains healthy – consumers are still actively buying, interest rates are low and the economy remains strong.”

> Historical registrations and market share by brand on AMi