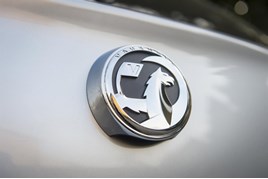 The Vauxhall Corsa was the fastest selling cars in May, taking 12 days to find a buyer.

Regionally it was the quickest to sell in the North East plus it ranks in the top 10 cars to find buyers in the shortest amount of time in seven other regions.

Karolina Edwards-Smajda, Auto Trader retailer and consumer products director, said: “The Vauxhall Corsa’s strong showing in May is reflected not only in its ranking as the UK’s fastest selling car, but also in its robust sales performance across the regions including taking the number one spot in the North East.

“It’s no surprise the small hatchback also currently ranks as the second most popular new car in 2016.”

“The Corsa is very popular with consumers as it offers low-cost motoring, is ideal for urban driving and can prove cheap to insure. Our consumer users scored it 4.5 out of five stars on average in our owner reviews, so clearly it’s a car they rate highly.”

The other models performing strongly in May include Nissan’s Qashqai+2.

This one is in the 2013 petrol-powered model with the automatic gearbox and was originally launched back in 2008.

In fact, across the nation’s regions the Nissan Qashqai had a strong performance ranking as the fastest seller in the East of England and London, as well as taking slots in seven of the UK regions’ top 10 quickest sellers.

Ranking as the third quickest seller in the UK with 19 days to sell and one-place behind the Qashqai, is the 2014 Mercedes-Benz SLK convertible with diesel power and an automatic gearbox.

It also appeared in the UK’s top 10 last month in second place (where it took 18 days to sell).

Land Rover’s latest all-new model, the Discovery Sport, also shows up in two of the region’s fastest sellers ranking second in the South and ninth in the South East.