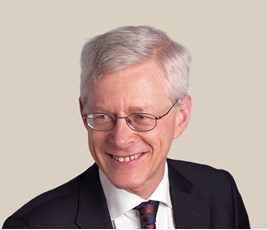 NatWest has written to businesses to warn it may have to charge to accept deposits if interest rates are cut below 0%.

When interest rates go below 0% the relationship between banks and customers becomes reversed. In this situation the customer has to pay the bank for holding money. If interest rates are cut below zero, it will the be the first time this has happened in the UK.

The letter has fueled speculation the Bank of England will cut interest rates below 0.5% on August 4.

Industry experts expected the Bank of England to cut rates in July, but they remained at 0.5%.

In a letter to business customers, Natwest said: “Global interest rates remain at very low levels and this could result in us charging interest on credit balances."

Bank of England governor Mark Carney has said he does not approve of interest rates falling below 0.25%.

However, Dr Martin Weale, an independent member of the Bank of England’s Monetary Policy Committee, told the Financial Times he had changed his mind about cutting rates and now favours a stimulus package to boost the UK’s economy following a series of negative business surveys tracking confidence levels.

Weale has reversed his stance from comments he made a week ago calling for “firmer evidence” before making a decision on cutting the rate.