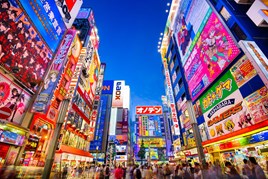 In the weeks after the EU referendum, there was plenty of discussion about the pound’s slump against the euro, but many overlooked the potential effects of a stronger yen on a country where 140,000 people work for Japanese companies.

Looking to the euro may have been understandable – Europe is the UK’s biggest market and sterling’s fall in value, from buying €1.31 on the day before the vote to €1.17 as AM went to press, or a decline of 10.7%, was dramatic.

Japanese market analysts at Frost & Sullivan said the top three Japanese manufacturers (Toyota, Honda, and Nissan) had based their projected profits on a conversion rate of one US dollar per 120 yen in the 2015 financial year and had predicted a strengthening yen, basing their 2016 figures on a rate of $1 per 105 Japanese Yen.

However, senior consultant Takashi Morimoto told AM that Britain’s Brexit vote had seen the yen “become even stronger than expected” in the start of this fiscal year by three to five Japanese Yen against the dollar.

Why does this matter?

The sustained strength of the yen against sterling means falling profits for Japanese manufacturers importing vehicles to the UK and those seeking to repatriate profits from UK sales and manufacturing operations.

While a stronger euro may make it cheaper for UK-built vehicles to be sold abroad, any raw materials imported from Europe to manufacture them will also be more expensive.

During the “perfect storm” of the global financial crash and 2011’s tsunami, the yen fell as low as 117 against sterling. At the time, the Bank of Japan injected trillions of yen (£114 billion) into the economy in an attempt to stop the yen rising and boost confidence and exports as Toyota, Honda, Mitsubishi, Suzuki and Subaru suffered.

So far, calls from the manufacturers for similar action this time around have been resisted, but the longer conditions remain the same, the more likely the effects will be felt by UK dealerships.

How does this affect UK retailers?

When the yen sank to its 2011 low, Japanese manufacturers, faced with making little profit on exporting  their cars to the UK, simply reduced the supply. The upshot of a stronger yen this time around could again be falling import levels as well as a rise in prices on the forecourts.

Paul Tunnicliffe, managing director of Subaru and Isuzu in the UK, said the situation was still “considerably better” than that after the collapse of  Lehman Brothers in 2008.

“Obviously a strong yen relative to sterling increases the price we pay for our cars, and is therefore potentially problematic, however we are able to absorb the current rate with no impact on our competitiveness.

“Vehicle supply has not been affected, and we have no immediate plans to take any action that would affect dealers or customers.

“We take a long-term view on all our franchises, and the position regarding the yen was, until Brexit, very favourable for us, as the Japanese government acted to protect its competitiveness. We hope that this, along with a settling in sentiment post-Brexit, will see a gradual recovery in the rate.”

Frost & Sullivan said Japanese manufacturers had placed themselves in a better position to weather the current trading difficulties than in 2008-2011 thanks to increased output at regional production facilities such as Nissan’s Sunderland facility and other operations providing components.

Morimoto said: “The rate of ‘local production for local consumption’ among the top three Japanese manufacturers has been increased by 4%, 6.8%, and 6.2% for Toyota, Honda, and Nissan, respectively in FY2015 compared to that of in FY2010.

Globally, he said local production rates were expected to reach 81% (Toyota), 98% (Honda), 95% (Nissan), rates which have been almost stable for two to three years.

“Based on these numbers, Honda and Nissan both have strong strategies for local production as countermeasures for the strength of the yen.

“On the other hand, Toyota leaves some spaces for alternative changes in the currency rate. All top Japanese manufacturers can withstand the current strong yen situation in terms of vehicle supply and financial performances, but it may have a negative impact if there is a sudden weakening of the yen in the future, especially for Nissan and Honda.

“Among these manufacturers, local production strategies are also deeply combined with the respective sourcing partners (Toyota depends on more Japanese suppliers compared with the others), hence we have to see supply chain changes and currency rate changes at the same time for their future businesses.”

What are manufacturers doing about it?

Dale Wyatt, director of Suzuki’s Automobile Division in the UK, said its production was spread across India, Hungary, Thailand and Japan, enabling the business to balance currency exposure. Only the Jimny is produced in Japan.

Wyatt acknowledged that price pressures had affected the cost of Japan-produced components used elsewhere in the range, but added: “Production commitments continue to be met by our factories and we have had an all-time record first six months of sales in the UK.”

He said Suzuki UK was committed to maintaining a “value-for-money product positioning” and, as such, had not implemented any euro- or yen-based price increases, but added: “We will review our pricing position in light of currency pressure and market movements.”

Mazda UK  has taken strategic measures to account for the effects of the strong yen. Managing director, Jeremy Thompson, told AM: “The yen/pound exchange rate is very important to the Mazda UK business, with the majority of our cars being manufactured in Hiroshima, Japan.

“The recent exchange rate movements have required us to recalibrate the sales channels in which we operate with some movement out of the highest-cost fleet sectors, but we have protected our core fleet and retail volumes that are managed through our dealer network.

“We have not diluted our consumer programmes (offers), reduced dealer margins or our media spend.

“Essentially, our strategy is ‘business as usual’ to give both our network partners and our customers confidence and trading certainty.”

However, uncertainty surrounding the pound, the euro and the yen is likely to continue. Even apart from the possible activation of Article 50 in the first half of 2017, there was speculation as AM went to press that the Bank of Japan would reintroduce negative interest rates, an upcoming Italian referendum has implications for the future of the euro, and the US will elect a new president in November.