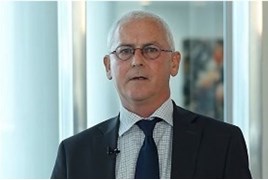 A “misfiring” UK car market could see a 9% sales dip in 2017 as Britain’s renegotiations with the EU damage consumer and manufacturer confidence.

Global trade credit insurer Euler Hermes predicted in its study 'Public Bumpers for the Automotive Market' that Brexit will prompt a change in the UK market's fortunes, with a predicted 205,000 fall in sales only bettered by Spain’s 10% slump, which would amount to 100,000 in lost sales next year.

Britain’s projected misfortune in the face of renegotiation of EU trade agreements comes against the backdrop of an otherwise stable European market.

On Europe, the report compiled by Yann Lacroix, automotive sector advisor at Paris-based Euler Hermes, found that “Growth remains sustained at 5.5% in 2016 - i.e. 15 million units - but 2017will probably see stabilization due to Brexit and the end of the Spanish fever.”

Spain’s projected sales slump is attributed to the end of its scrappage scheme.

Lacroix said that Italy (+5%), France (+3%) and many peripheral countries will continue to forge ahead in 2017.

He said: “In 2017, the British and Spanish engines will experience some misfiring, forcing sales to stagnate in Europe While the trend for the past three years suggested that the level of 15.5 million unit sales could be regained in 2017, Brexit and Spain's announcement of the end of its old car scrapping incentives have disrupted this recovery scenario.

Commenting on the effects of Brexit on the automotive sector, Lacroix said: “A fall in household confidence and purchasing power is expected to push sales down by 9% in 2017.

“Further out, the country is faced with numerous challenges in renegotiating trade agreements with the European Union and with the 50 countries with which it has an agreement via the EU.

“In 2015, the UK automotive industry's exports were worth EUR 46 billion, of which 43% to the European Union.

“A gentlemen's agreement favourable to both parties is envisaged, but this will take time.”

A move away from diesel-powered vehicles is also reflected in the SMMT’s figures – which are likely to be revised in an updated forecast later this month.