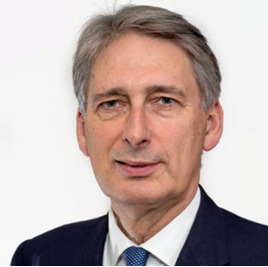 The Chancellor Philip Hammond is said to be preparing a to launch a purge on job perks such a health checks, gym memberships, mobile phones and company cars.

The latest Sunday Telegraph said: “The Treasury believes the rapid growth of so-called salary sacrifice schemes is costing too much in lost income tax and national insurance contributions.”

But “major companies have written to the Government warning they would be forced to scale back free medical checks for staff, undermining attempts to keep the country healthy.”

Employees do not pay income tax on the perks, and the company does not pay national insurance.

Employees will have to pay for the perks through work if the changes are announced.

The annual cost of a phone contract was put at £140 and a health check £240 for health checks.

A Whitehall source said pensions contributions, childcare benefits and cycle to work schemes would be exempted from the changes due to be announced in tomorrow’s autumn statement.

Private health insurance schemes will also not be affected, said the paper.