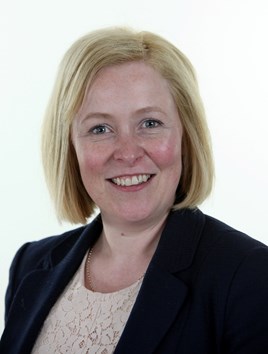 Dealers have been warned of significant changes in employment law in 2017.

The year will see the introduction of new regulations which will require large compliance projects to take place within most organisations.

Not only will employers still be tackling issues arising from case law developments, such as who are ‘workers' within their business and how holiday pay should be calculated, but they will also have to grapple with the continued uncertainty created by Brexit and new legislative changes.

In 2017 employers are likely to see increases in staffing costs as a result of increases in the National Minimum Wage and other statutory pay rates and, the introduction of the new apprenticeship levy.

Preparing for significant changes to data protection legislation will also be a priority for 2017.

While the new rules don't come into effect until May 2018, the magnitude of the changes coupled with increased penalties for breaches means that it's vital that employers ensure that they are familiar with the new requirements and have systems in place to make sure they remain compliant.

The most significant event anticipated for 2017 is that Article 50 of the treaty on the European Union will be triggered.

This is scheduled for the end of March 2017, but with the current legal challenge it is unclear whether this timetable will remain in place and indeed, if it does, what will happen to UK employment legislation derived from Europe.

The biggest issue initially is likely to be what is to happen to the free movement of persons and the labour on which the British economy relies.

Most employers have workers from the EU on which they rely and will be keen to see how this develops.

The final regulations have now been published (subject to parliamentary approval) and are expected to come into force on April 6, 2017.

An employer with 250 or more employees will be required to publish information relating to the gender pay gap within their organisation.

Therefore, employers with 250 or more employees on April 5, 2017 will have to spend 2017 (and the remainder of the 12 month period in 2018) collating the necessary information, deciding what information to publish (and whether to go above and beyond the requirements within the regulations so as to explain any differentials) and how to deal with any potential equal pay issues and bonus arrangements.

Whilst employees are not defined within the regulations themselves, the explanatory notes do state that ‘employment’ includes employment under a contract of employment, apprenticeship or a contract personally to do work.

Employers will therefore need to review some of their contractors, consultants and freelance arrangements to identify who may fall within the reporting requirements.

In any event, it is likely that businesses will be looking more closely at their ‘worker' arrangements for non-employees and whether they should continue to engage people on this basis, due to the Uber decision and the review of the ‘gig economy'.

National Minimum Wage changes and other changes to pay

The National Living Wage for employees 25 and over will increase to £7.50 from April 2017, together with other increases to the National Minimum Wage rates.

An apprenticeship levy for large employers will come into force on April 6.

Employers with an annual pay bill of more than £3m will need to pay 0.5% of their NIC pay bill for the tax year on the apprenticeship levy.

Employers will need to consider their strategy for employing apprentices and how best to utilise the funding through the digital service account.

In the Government's autumn statement it confirmed that with effect from April salary sacrifice arrangements will be curtailed.

Going forwards the only benefits that will continue to benefit from tax and NICs relief if provided through a salary sacrifice arrangement will be: enhanced employer contributions to a registered pension scheme; childcare benefits; cycles and cyclists safety equipment provided under the cycle to work scheme and ultra-low emission cars. The limitation will take effect from April.

However, arrangements in place before that date will be protected until April 2018 or for cars, accommodation and school fees, until April 2021.

Employers will need to prepare for significant changes to Data protection legislation which take effect in 2018.

The EU General Data Protection Regulation (GDPR) was passed by the European Parliament on April 14 and came into force on May 25.

Member states have two years to implement the GDPR which means that the latest date the UK can adopt the Regulations is May 2018.

It is likely that the UK will still be in the EU in 2018 but, even if we are not, the UK will probably mirror EU regulation on this issue so that we can continue to trade and exchange data.

Therefore, employers will need to review their data, ensure that they have proper systems and processes in place to process data and more importantly - to keep it secure and deal with security breaches.

With increased penalties of up to 4% of global turnover or €20 million it will be vital that during 2017 employers familiarise themselves with the requirements and appoint a data protection officer to ensure that they have the systems in place to respond to the changes.

Public sector exit payment caps are still expected to come into force in 2017, as are changes to rules on employing foreign workers and trade union balloting requirements.