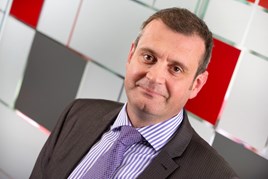 The British car industry could stall this year after a period of bumper growth.

Our Market Monitor report into the automotive sector reports that cheaper finance and stronger exports have driven four years of growth, including a 10-year high for car manufacturing of nearly 1.6 million vehicles.

Plus, in the first half of last year, car production increased 13%, exports grew by nearly 15% and production for domestic demand rose by 7%.

The UK new car market grew by more than 3% to 1.4m new cars registered; the best half-year performance ever recorded.

However, the automotive retail sector will face a tough future with several factors set to test its vulnerabilities.

In addition, the sector is very susceptible to global economic volatility with any Brexit decision set to impact businesses over the mid-term.

With 57% of cars made in the UK exported to EU countries, any Brexit-linked European export tariffs would make producing cars in the UK more expensive.

On top of any potential trade disruptions, the sector would also lose benefits from EU funds for manufacturing research and development.

The Brexit decision has already sparked a depreciation in the pound as well as affecting UK business and consumer confidence.

The forecast slowdown in GDP growth, together with the ongoing insecurity over the Brexit, will weigh upon domestic car sales, affecting car retailers and producers alike in the course of next year.

Meanwhile, the decline in the pound has pushed up the cost of importing vehicles and components, likely to have a negative impact on sales unless dealers and manufacturers absorb this which would squeeze their margins.

Meanwhile, foreign-based car producers with UK operations could suffer from a deterioration in profits and an impairment in assets.

More positively, we do acknowledge diversity as a major strength of the British car manufacturing industry; with a mix of volume, premium and specialist producers, leading to increasing demand from outside the EU.

Among the global manufacturers investing in UK production are Bentley, Honda, Jaguar Land Rover and Mini – all with new products which Atradius reports should have a positive effect on the automotive supply chain segment.

Overall, the short-term outlook remains positive for the automotive industry with good payment performance and a low default and insolvency rate – reflecting the ongoing robust car demand in the UK and Eurozone.

However, businesses must keep their eyes on the horizon and operate with a strategically-managed risk-averse approach; poised to take advantage of new opportunities arising from diversification and strong demand but protected from any future declines or Brexit fallout.