Demand for new cars in February suffered a 0.3% decline year-on-year to 83,115 registrations.

The losses were offset by fleet registrations, which rose by 3.3% or 1,446 units to total 45,699 cars, according to the data from the Society of Motor Manufacturers and Traders.

Mike Hawes, SMMT chief executive, said: “February is traditionally one of the quietest months of the year and a steady performance was expected following another year of record growth in 2016.

"We expect to see the market bounce back in March as buyers take advantage of the new ’17-plate, as well as the last chance to buy a car eligible for current lower VED rates before they change on April 1.” 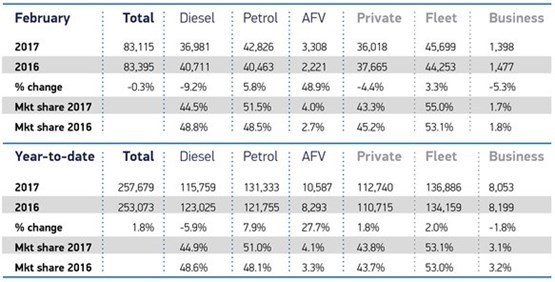 The new car market continues to be led by the Ford Fiesta and the Volkswagen Golf. However premium brands remain a feature of 2017’s mass-market – the SMMT’s top 10 ‘best sellers’ in February included the Mercedes-Benz C-Class, Audi A3 and BMW 3 Series.

Sue Robinson, director of the National Franchised Dealers Association, said: “We are now looking forward to a buoyant March with the plate change which could mark a positive finish to the first quarter.” 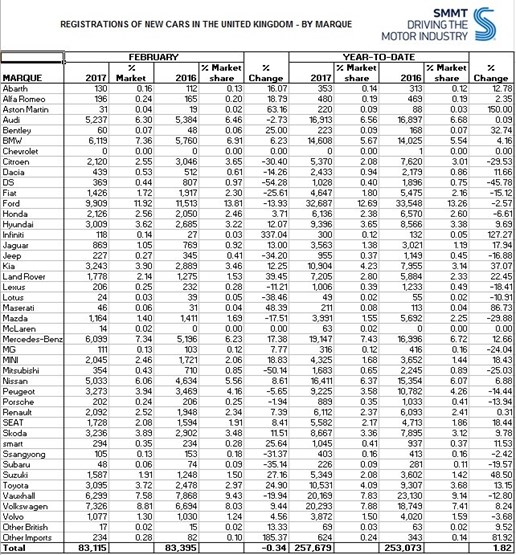