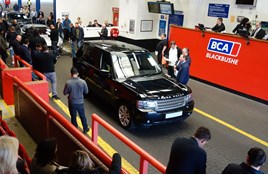 BCA’s monthly Pulse report has shown that used car prices rose by almost 13% year-on-year in March as values increased across the board.

The headline average value was up £28 to £8,850 as it reached a record figure for the second month running, with average age and mileage fell by four months and 3,000 miles.

Average values rose across the board, with even nearly-new improving – by £767 to £18,194 – after two months of declines.

“Buyer demand was significant in March and conversion rates rose as a result.  Reflecting seasonal patterns, we saw greater volumes from dealer part-exchange sources and expect this uplift to continue in the weeks ahead.”

He added: “However, as volumes remain high and with Easter imminent, we should expect to see the dynamics in the market change quite noticeably over the coming weeks.

“Easter is typically seen as a watershed in the marketplace and while demand remains strong, it has waned from the peak we experienced in March.”

Retained value against original MRP (Manufacturers Retail Price) improved by a point to 43.4%, while year-on-year values were up significantly, rising by £714 (7.3%), as both age and mileage continue to decline.

Dealer part-exchange values rose by just £26 to £4,594 in March, maintaining a price performance that has been relatively stable over the past 12 months.

Year-on-year values were ahead by £212 (4.8%), with average age and mileage little changed over the period. 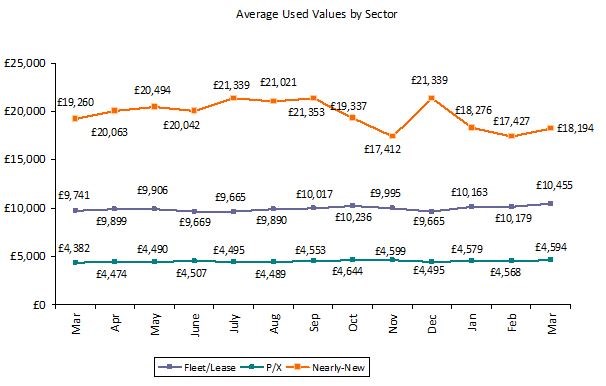