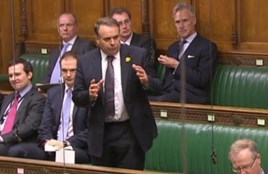 The High Court has ruled that legislation which restricts government business in the run-up to an election must not inhibit the publication of new clean air plans expected to include a diesel-based vehicle scrappage scheme.

The Department for Environment, Food and Rural Affairs (Defra) had lodged an application with the High Court late last Friday (April 21) to postpone publication of its draft clean air plan – initially due to be published by 4pm on Monday, April 24 – until after the election.

Defra had argued publishing it now would breach ‘purdah’ rules limiting Government announcements with political implications during the election period.

However, the High Court ordered the draft plans to be published on May 9, five days after the local elections, but before the general election on June 8, after deciding that purdah was a convention only and did not override legal obligations to clean up the air.

The ruling, which came as part of a legal action lodged by environmental lawyers, CleanEarth, may move dealers closer to realisation of revenues from a diesel vehicle scrappage scheme which is expected to be announced as part of the government’s clean air plans.

But there may be other barriers for dealers hoping to cash in.

Leading a debate on the issue in the House of Commons, Neil Parish, the Conservative MP for Tiverton and Honiton, suggested scrappage payments could be used to entice motorists to other transport types.

Parish said: “It could include a public transport ticket, a car club membership or rail season ticket or cleaner transport, like a new bicycle.”

Government plans to take the most polluting diesel vehicles off the road follow the European Commission issuing a final warning to the UK for failing to address levels of nitrogen dioxide (NOx), a pollutant that officials say caused nearly 70,000 premature deaths in Europe in 2013.

A diesel scrappage scheme may be similar to the 2009 initiative, which saw owners of older vehicles offered a £2,000 incentive, half of it supported by a manufacturer discount.

The Treasury indicated the new scheme would have a £500 million budget, with priority given to motorists in the areas most affected by poor air quality – London, Sheffield and the West Midlands, according to Defra.

How much will dealers benefit?

Paul Brayley, the managing director of Brayley’s Cars – which has sites in Harpenden and Grays – near the M25’s busy Dartford Crossing – said he would welcome a scrappage scheme.

“Anything that drives footfall into the dealership is good news and with scrappage there is always the added bonus that those incentivised are people with older cars that might not otherwise look to buy a new car – driving incremental business,” he said.

However, Brayley said he had concerns about the effect on the residual values of current diesel cars: “I think there needs to be a little more education about just how far things have come and how clean Euro 6-compliant diesels are now.”

Hyundai and Kia were among the biggest beneficiaries of the 2009 scrappage scheme.

In the three months after its introduction, Hyundai took on 20% more staff as sales of its i10, i20 and i30 models soared, culminating in a 322% rise in August sales.

Hyundai is currently the only manufacturer to produce a single model with hybrid, plug-in hybrid and EV powertrains (Ioniq) and a hydrogen fuel cell vehicle (ix35).

Tony Whitehorn, Hyundai UK’s president and chief executive, said: “I personally believe if there was a scrappage scheme it would be good for the environment and the industry, but I appreciate that it is very expensive for the Government.”

Diesel drivers must be appeased

It seems inevitable that the Government will have to take some form of action to appease diesel vehicle owners who become subject to stringent new legislation.

Toxin taxes, including a £20 daily tax for diesel drivers entering 35 UK cities, have been discussed by MPs and diesel drivers face a £10 charge for entering London at peak times from October 23.

Philip Hammond, the Chancellor, confirmed that “appropriate tax treatment” for diesel vehicles would be considered before the next Budget.

Many have argued that the NOx issue is a direct result of previous governments’ incentivisation of diesel cars to lower CO2 emissions.

“I think everyone knows how we got to this point,” said Neil Parish.

“Motorists were encouraged to move to diesel through changes to the diesel tax system.

“We now know that this was a mistake.”