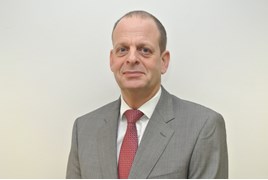 Nearly 30% of brokers expect a decrease in diesel sales this year because of the recent media scares on the pollution risks and possible financial penalties.

Asked what impact recent calls for action on diesel vehicles would have on the market in 2017, 29% stated they expect a decrease in sales.

For the same period 91% of those surveyed expect electric vehicle sales to increase over the next five years, and 62% expect significant growth in hybrid vehicle sales with a further 29% expecting moderate growth.

Julian Rance (pictured), head of Paragon Car Finance, said: “Urban pollution has been making headlines, putting diesel vehicles firmly in the spotlight and the latest figures from our Headlight Survey reveal that the pace of change in the car market is expected to grow.

"This declining market share is reflected on the other side by expected growth in the sale of electric and hybrid vehicles.

“It is clear that, as a result of policy incentives such as road tax exemption, and due to increasing awareness of the environmental impact of diesel emissions, more and more consumers are willing to consider electric and hybrid vehicles.

“As the technology and infrastructure which supports such vehicles gets better, sales will further increase.”