Selling times for diesels have doubled this year in the light of threats to introduce financial penalties to their drivers.

The findings come from analysis comparing transaction values, benchmarked against CAP, on AUTOi’s ‘Wizzle’ consumer-to-dealer trading platform between August 2016 and April of this year. 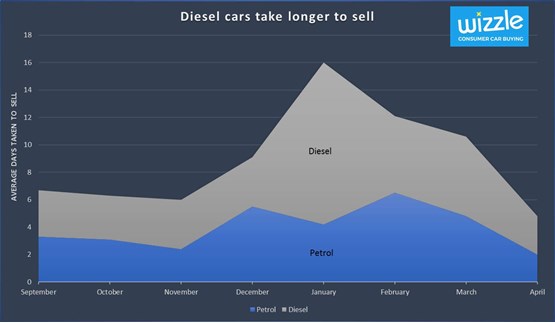 AUTOi  says a rash of bad headlines about diesel emissions and measures to tackle them at the start of the year caused dealers to temporarily stop buying diesel cars speculatively to hold in stock.

Instead dealers opted to cherry-pick diesels with specific customers in mind, which reduced competition for individual cars and forced sellers to accept lower values.

“Petrol cars typically sold at between three and four days after listing and diesels would, on average, go in just over six days. 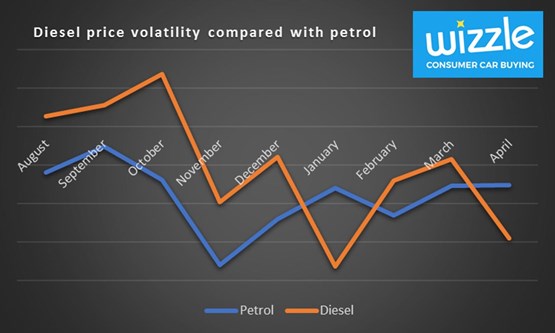 “The overall market slowed in the normal way as the winter approached, but the relationship between diesel and petrol selling times remained the same.

“Then suddenly, at the start of this year the relationship completely reversed. Petrol cars began selling faster again, as the market took off, but diesel selling times virtually tripled overnight.”

AUTOi has also identified much more price volatility for diesel cars since the start of the year, in keeping with a pattern of dealers cherry-picking for specific customers rather than for stock.

By benchmarking sold prices against CAP, AUTOi have revealed that the previous relationship between diesel and petrol prices has collapsed, with diesels repeatedly and unpredictably moving up and down in relation to petrol values over recent months.

Duval said: “Our analysis suggests a sudden collapse in confidence occurred at the start of the year in response to a series of negative stories about diesels and their future.

“Whether it was manufacturer emissions scandals or warnings of higher parking charges or other restrictions for diesel owners, bad news was suddenly coming daily and our dealer customers reacted by putting the brakes on speculatively buying diesel for stock.

“We have since seen the selling times for diesels settling back into a more familiar pattern of only a couple of days longer to sell but the price volatility currently shows no sign of levelling off.

“Both those factors are consistent with dealers still having an appetite for diesels, but buying fewer on a speculative basis for stock and focusing more on buying specific cars for which they are confident there are customers or trade contacts who will be interested.”