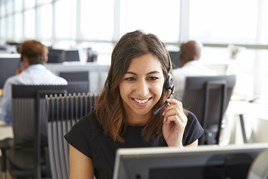 The Motor Ombudsman, the automotive dispute resolution provider, has reported a 13% increase year-on-year in the level of contacts handled by its team of legally-trained adjudicators in Q2 this year.

While there has been an increase, the number of contacts does not directly translate to the number of cases being taken forward as consumers ring the Ombudsman to find out if they have a case.

In contrast to the volume of contacts going up, the quantity of cases being opened has seen an 11% decrease between quarters.

The Motor Ombudsman said the decline was due to its impartial adjudicators working to help resolve disputes quickly and amicably before the start of any formal adjudication.

For the period April to June, nearly 9,700 contacts relating to its CTSI-approved Codes of Practice were received, setting three consecutive monthly records, and putting the total number of enquiries for the year so far at around 18,200.

Based on current trends, it is estimated that this figure will be in excess of 30,000 come the end of December.

Concerns relating to vehicle sales has made up the biggest proportion of contacts for the first half of 2017, with a 21% increase in comparison with January to March.

A third were in relation to cars that were not of the appropriate standard at the point of sale, and more than one in 10 contacts were consumers explaining they felt that they had been given insufficient information to make an educated decision about the purchase of a finance product.

The level of service and repair related contacts also rose by 13% in Q2 versus Q1.

Work carried out by a garage which was not agreed beforehand was the subject of nearly half (43%) of contacts, and issues around charging for diagnostic or exploratory procedures contributed to an additional 34%. A fifth of contacts related to concerns around the checking of work which had been undertaken.

Holly McAllister, head of customer service and quality at The Motor Ombudsman, said: “Since the beginning of 2017, the Vehicle Sales Code has clearly stood out in terms of the nature of contacts that our adjudication team has worked on, and the second quarter indicates that this is likely to remain the pattern as we go through the rest of the year.

“Although we have seen even greater demands placed on our alternative dispute resolution service, it is nevertheless encouraging to see at the same time, the great efforts that all parties are going to in order to resolve disputes without the need for a case to be raised.”