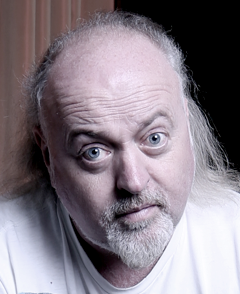 Comedian Bill Bailey will be the celebrity guest speaker at the Society of Motor Manufacturers and Traders' annual dinner on Tuesday, November 28.

He is a former team captain on Never Mind the Buzzcocks and his other TV credits include Monster Night, Is It Bill Bailey?, The Stand Up Show and Space Cadets, as well as appearing on Have I Got News For You.

His comedy talents have seen him win a British Comedy Award for Best Live Stand-up.

Bailey (pictured) has also starred in the sitcoms Black Books and Spaced, and in the feature films Nanny McPhee and the Big Bang, Burke and Hare and Hot Fuzz.