The long expected slowdown in the motor retail sector is being felt by workers with a fall in dealership pay rises.

With the market and new registrations starting to slow down, dealership employees are feeling the pinch in their pay packets, according to the 2017 Motor Salary Survey by accountants and business advisers BDO LLP.

The average pay increase was just 2% in the last year, much lower than those reported in the previous two years and less than the rate of inflation.

However, some lower paid positions, such as delivery driver and service technicians, have seen much larger salary increases of around 23%.

This is likely to be due to the introduction of the National Living Wage in April 2016, which has now had a full year to take effect, as well as the demand for quality technicians in the market place.

This is the seventh BDO Motor Salary Survey to be conducted across the UK. Responses come from 150 motor retailers that together operate 353 dealership sites.

Steve Le Bas, partner in BDO’s UK motor team, said: “Our expectations for the coming year are for increases at a similar rate, if not less, as the industry slowdown and economic uncertainty continue.

"It will be interesting to see how the anticipated shift towards higher basic pay and lower commission structures develops as groups try to provide innovative packages and recruit new individuals into the industry.”

The majority of positions have seen limited growth in wages this year.

“This shows that on average almost 30% of total earnings continues to be commission driven, for all 27 positions surveyed, the average payroll profile comprises a commissions element, therefore supporting the necessity to appropriately structure bonus and commission packages,” said Le Bas.

Unsurprisingly, given the responsibility and complexity of their roles, the remuneration packages for the key executives continue to be the highest of all the positions.

These packages contain a significant proportion of commissions, ranging from 20% to over 50% of their total package.

“As can be seen from the above, they have not been immune to the slowdown.”

> To receive a summary of the BDO 2017 Motor Salary Survey email james.evans@bdo.co.uk. 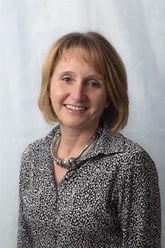