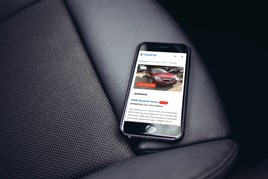 It has revealed that listings for used diesel vehicles have remained relatively in line with expectations when compared with petrol listings, throughout the past 18 months.

A rise in listings for second-hand diesel vehicles was predicted in the immediate aftermath of Volkswagen’s diesel-gate scandal but Cazana’s research found this has not been the case. Diesel listings have remained consistently below petrol listings, except for May 2017 - when the UK government first announced plans for a diesel scrappage scheme. However, numbers quickly fell thereafter.

Listings for alternative fuel vehicles, however, have increased. In the past six months alone, Cazana has witnessed a surge in the number of used hybrid petrol vehicles being listed on its site. In contrast, pure electric and hybrid diesel used car listings have remained consistent.

These statistics have been revealed during a time that the efficiency of plug-in hybrids is coming into question. It is widely speculated that plug-in hybrids return high fuel consumption and emissions, and may not be the efficient alternative to diesels that the industry had hoped.

Tom Wood, founder and CEO of Cazana, said that these figures demonstrate that diesel vehicle drivers are refusing to be turned off by negative connotations and ongoing media speculation. Instead, the used car market is behaving as close to normal as expected, with diesel and petrol vehicles being listed for sale at equal rate.

“The future of diesel is still relatively uncertain in the UK, and drivers are not flocking to sell their diesels to the used car market, in favour of a more sustainable option. However, hybrid petrol vehicle listings are growing, indicating that motorists are continuing to take baby steps towards the fully electric vehicle,” he added.