September’s 9% decrease in UK new car registrations has been reflected by a 4.1% reduction in vehicle production in the nation’s manufacturing facilities, the SMMT has reported.

Meanwhile, the market analyst blamed Germany’s 3.3% decline to 298,002 registrations in September on the diesel crisis.

Reporting on its manufacturer partners’ performance, the SMMT said that September’s fall in production had left the UK’s production performance 2.2% down year-to-date.

“Uncertainty regarding the national air quality plans also didn’t help the domestic market for diesel cars, despite the fact that these new vehicles will face no extra charges or restrictions across the UK.

“Brexit is the greatest challenge of our times and yet we still don’t have any clarity on what our future relationship with our biggest trading partner will look like, nor detail of the transitional deal being sought.

“Leaving the EU with no deal would be the worst outcome for our sector so we urge government to deliver on its commitments and safeguard the competitiveness of the industry.” 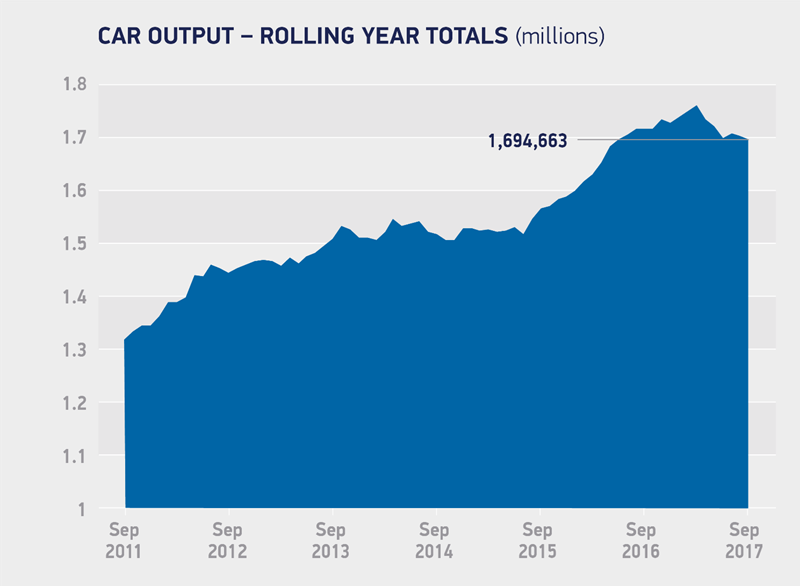