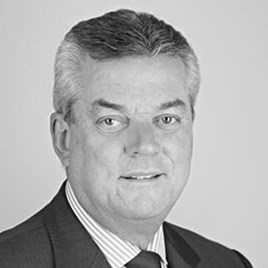 Motorists still have mixed-views over the safety of autonomous vehicles with one-in-ten stating that improvements may only be felt on the UK's motorways, an OpenText survey has revealed.

OpenText surveyed 2,000 UK consumers on their attitudes towards driverless cars to find out their thoughts autonomous driving technology.

The research found that 66% think that there will be more driverless/autonomous cars on the road than normal cars within the next 15 years.

UK consumers said that ‘improved road safety’ will be the biggest benefit to autonomous driving, with 42% agreeing that autonomous vehicles will make roads safer.

While 27% think that the ability of autonomous vehicles to obey all traffic rules will improve road safety, one-in-ten (10%) think this technology will make roads safer, but only on UK motorways.

Yet, despite this optimism around the technology’s ability to improve road safety, almost half (46%) of UK consumers said they would not feel comfortable being a passenger in a driverless/autonomous car

OpenText’s vice president of sales for Northern Europe Mark Bridger (pictured) said: “We are on the cusp of self-driving cars becoming a reality and, in the next couple of years, the automotive industry will be transformed beyond recognition.

The technological advances in AI will led to a growing level of trust amongst British citizens when it comes to autonomous vehicles, particularly in regards to improving road safety, Bridger said.

He added: “In order for this to be achieved, the automotive industry will need to manage and analyse their data sets to identify how the car is performing, and, more importantly, alert them to possible safety issues.

“In this hyper-connected world, car companies, therefore, need to ensure they are not only delivering the most innovative connected technology, but that this technology is also safe and reliable in order to install the level of trust needed for mass adoption.

"AI will enable automakers to analyse, adapt, and suggest solutions based on data, bringing the world of driverless cars closer to reality.”