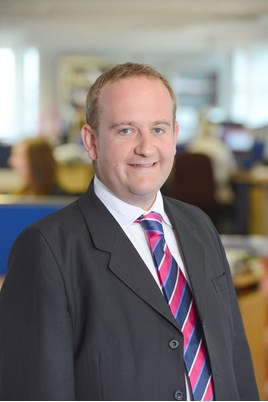 Another tax year, another round of changes to employment law and taxation.

Here is a summary of some of the main changes this April, and what impact they are likely to have on those in the motor trade.

The National Living Wage (formerly the Minimum Wage) has increased 33p per hour from £7.50 to £7.83 for those aged 25 and over. However, it is still set significantly lower than the ‘real’ Living Wage, a voluntary scheme set up by the Living Wage Foundation, which puts the real cost of living at £8.75 an hour outside of London and £10.20 in the capital.

Apprentices are now entitled to £3.70 per hour if they are under 19 (or in the first year of their apprenticeship), an increase from £3.50.

Until April 6, employers had a tax free limit of £30,000 for termination payments made to those leaving the company. This has now changed and it could cost employers.

The main and significant change is that all payments in lieu of notice (PILONs) will now be taxable and subject to both employer and employee National Insurance contributions. A PILON equates to the value of a notice period which is not worked.

Until this change, the taxable status of a PILON was dependent on whether there is a contractual provision in the employment contract relating to the right of the employer to make a PILON. Where there was no contractual PILON clause in the contract, then the first £30,000 of the PILON could be paid tax free.

The new rules require employers to work out specifically how much of the termination payment is deemed to be subject to tax and National Insurance contributions, taking into account basic pay, plus the value of any salary sacrifice arrangements. This is known as ‘post-employment notice pay’, or PENP. Anything over and above that sum (which is not otherwise chargeable to tax) will be subject to the £30,000 tax free exemption.

Termination payments will now look less beneficial to employees and packages may have to increase to overcome the effect of the tax charge.

April 4 (private sector) and March 30 (public sector) were the deadlines for all companies and organisations with more than 250 employees to publish their gender pay gap statistics.

Under the Equality Act 2010 (Gender Pay Gap Information) Regulations 2017, those organisations which meet the threshold are required to show how large the pay gap is between their male and female employees.

It is vital to understand that the gender pay gap doesn’t measure an employer’s compliance with equal pay for equal work legislation. An employer delivering equal pay may still have a large pay gap and an employer with no pay gap may be breaching the law.

The figure is affected by a range of factors. In the health, education and retail sectors, for example, which currently employ two-thirds of women over 50 in lower paid positions, the ‘average’ hourly rate between male and female staff is likely to be significant simply due to the arithmetic of averages.

If we are looking for a general rule to emerge then it must be that businesses which have a more even distribution between the sexes at all levels, not just at senior levels, should have the smallest gender pay gap.

The minimum employer contribution to auto-enrolment saving schemes has risen from 1% of pensionable pay to 2% in a move which many fear could hit small businesses hard – with minimum employee contributions rising too from 1% to 3%.

Workers are automatically enrolled in a pension at work if they are aged between 22 and state pension age, earning £10,000 or more in a year and usually working in the UK. Contributions have been automatically increased, which means less take-home pay but a bigger pension pot when retirement comes.

Pensions are a hot topic at the moment, with research this month showing that one in eight retirees rely solely on state pension.

The General Data Protection Regulation (GDPR) applies from May 25, 2018, and will place greater emphasis on the way in which businesses process personal data, with a series of changes around the collection, storage and usage of information relating to individuals.

Retailers in particular must be aware of the changes, which include increased requirements on organisations to keep records and implement policies, as well as changes to the procedure and time frame for data retention, reporting data breaches and responding to access requests. Businesses must also be more transparent in relation to how personal data is used, and could be made to appoint a data protection officer in some circumstances.

GDPR signals a huge change in the way in which businesses process personal data, giving more rights for the individuals and placing greater responsibility on the business which holds the data. It is the biggest change we’ve seen in 20 years.

Organisations must take steps to review their processes and documentation to ensure they are compliant before the May deadline.

Finally, the Government has also increased the maximum award for unfair dismissal at an employment tribunal by £3,000 to £98,922.

Although the figure remains capped at the employee’s annual salary, this could mean an increase for some employers if the employee is awarded the maximum payout.

How to prepare your dealerships for the GDPR deadline

How to prepare your dealerships for the GDPR deadline