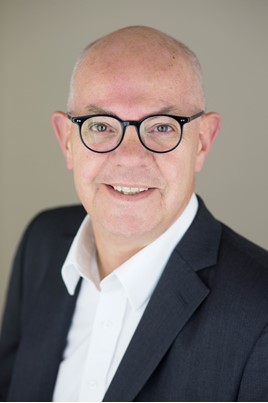 The UK’s SMEs are overwhelmingly calling for business rates to be made both simpler and more flexible, research from Close Brothers Asset Finance reveals.

Overall, the figure stands at 71%, with businesses at the larger end of the scale feeling particularly frustrated.

Business Rates are a tax on business properties set by Government; they are collected by local authorities and are the way that those who occupy non-domestic property contribute towards the cost of local services.

Neil Davies, Close Brothers Asset Finance chief executive, said: “According to the latest advice, business rates are worked out based on a property’s ‘rateable value’, which is its open market rental value, which is in turn based on an estimate by the Valuation Office Agency.

“Rates can be estimated by multiplying the rateable value by the correct ‘multiplier’, an amount set by central government.

“Our study has found that it’s a nuanced picture out there, and what I mean by that is that the call for clarity is not driven by cost concerns. 51% of those polled feel that the rates they pay are ‘just right’ against 32% who feel they are ‘too expensive’, which is consistent across regions, industries and business size.

Q. Should business rates be made simpler and more flexible?

There is a strong sense that not enough is being done to assist businesses with rate relief, which is handled differently in England, Scotland, Wales and Northern Ireland.

Davies said: “Steps are being taken, as demonstrated by an initiative that’s been in place from 1 April 2017 that saw 100% relief, doubled from the usual rate of 50%, for properties with a rateable value of £12,000 or less. “That said, the message from SMEs is clear that more needs to done.”

Q: Is enough being done by the Government to assist businesses with business rate relief?

Rates have been rising steadily in most regions over the past two years with nearly one in 10 saying they’ve risen ‘steeply’. Yorkshire, London, South West and Scotland experienced above the UK average rises while only 2% of SMEs have seen a decline, with the West Midlands at 7% the only region above the national sentiment.

Close Brothers celebrates 30th birthday with a company-wide day off

Close Brothers celebrates 30th birthday with a company-wide day off