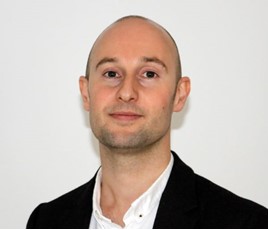 Car leasing customers showed a desire to “take control” of their car acquisition with a surge in email enquiries of 44% during the first half of 2018, ContractHireAndLeasing.com has reported.

The UK marketplace for new vehicle leasing suggested that the increased use of email as a means of enquiry showed that consumers increasingly “want to find car finance on their terms”.

Paul Harrison, head of strategic partnerships at ContractHireAndLeasing.com, said: “The growth in email enquiries is a clear sign consumers want to find car finance on their terms using email and other forms of electronic messaging, which gives them more control over the conversation and when they communicate.”

Personal contract hire (PCH) has continued to outperform hire purchase (HP) to the end of May, making it the second most popular finance product for new car consumers after personal contract purchase (PCP), according to figures published by the Finance & Leasing Association (FLA).

It said that this was a clear indicator that consumers were keener than ever to take advantage of the increasing number of low-initial payment lease deals that are available.

Harrison said: “Although the traditional 9+23 payment model remains popular, the increasing flexibility of lower deposits allows personal contract hire customers to tailor agreements to suit their needs better than ever before, which at the moment is lower upfront costs.”

Harrison said that the trend was likely to accelerate as more brokers and dealers start to offer PCH agreements with one-month initial rentals.

It is clear that premium German car manufacturers are taking best advantage of the shift in the leasing market so far this year.

The top ten most enquired about brands during H1 2018 were:

Top ten most enquired about models during H1 2018: