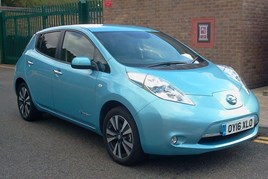 The 2014 version of the plug-in Leaf hatchback was one of a record number of low-emission cars featured on the regional top ten list last month and took just 17 days to sell, on average.

Auto Trader said that the Leaf’s table-topping results came at a time when 71% of UK car buyers are considering an electric vehicle (EV) for their next car.

March’s record number of alternatively fuelled vehicles (AFVs) in the Auto Trader rankings saw the 2016 and 2015 variants of the electric-hybrid Mitsubishi Outlander, both automatics, were second and fourth fastest to sell in London, taking a respective 10 and 14 days to leave forecourts.

The 2018 Toyota C-HR electric hybrid, also an automatic, was tenth place in the South East, meanwhile, taking an average of 24 days to turn.

Karolina Edwards-Smajda, Auto Trader’s director of commercial products, said: “An all-electric vehicle making it to the very top of the UK’s fastest-selling is really quite significant, and reflects the trends we’re seeing elsewhere.

“Not only are there record rates of adoption of AFVs in both the new and used car market, but research for our latest Market Report showed that nearly three quarters of car buyers are considering an EV for their next purchase.

“Mass adoption is a way off yet, but there is clearly a growing shift in perception which will offer huge opportunities for the industry.”

Across the regions and countries tracked by Auto Trader’s fastest-sellers data, petrol dominated as desire for diesels continued to tumble in popularity.

Edwards-Smajda said: “Diesel remains an excellent choice for many drivers, however it looks as though the writing is on the wall for the much-maligned fuel type. 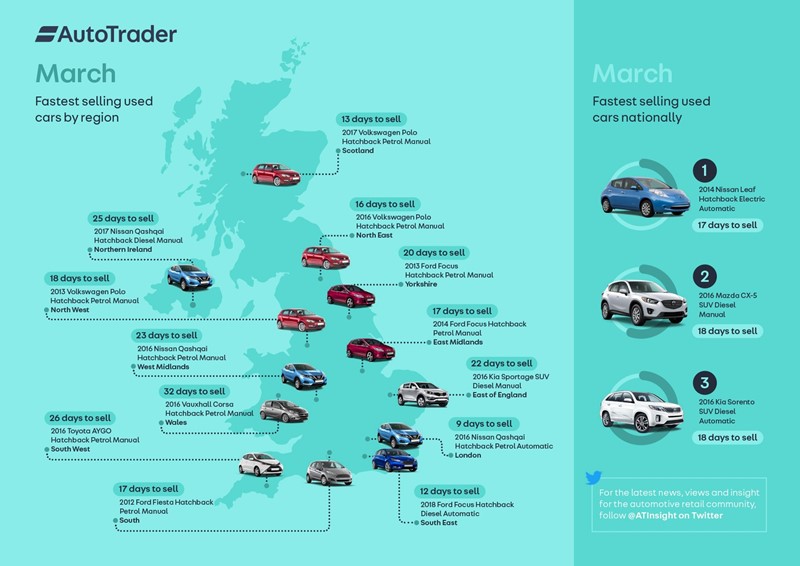