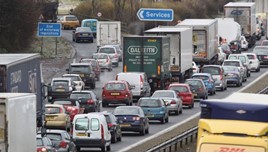 There are now more vehicles on UK roads than ever before, despite a decline in demand for new models.

Currently, more than 40 million vehicles are registered in the UK – an increase of 1% on the previous year – highlighting the importance of motorised transport for businesses and members of the public.

Analysis of data released by the Society of Motor Manufacturers and Traders (SMMT) shows that cars account for more than 35m vehicles, while commercials – including ambulances and fire trucks – make up the rest.

Light commercial vehicles saw the biggest percentage growth, rising 2.7% on the previous year to 4,527,724 units, surging by 28% in the last decade and reflecting the growth in demand for home delivery services.

The data also reveals that more than three quarters of a million low, ultra-low and zero emission cars are currently in use in the UK. The number of these cars grew by 26% last year, totalling 11,832 hybrids, 144,335 plug-in hybrids and 92,913 battery electric vehicles.

Mike Hawes, SMMT Chief Executive, said, “As the UK continues to battle the coronavirus pandemic, keeping food, medical supplies and the people serving on the front line moving has never been so important – and these figures show the essential role Britain’s vehicle fleet plays for society. They also provide evidence that industry’s ongoing investment into ever cleaner, safer and more reliable vehicle technology is paying off, even as demand for mobility grows. To ensure this trend continues, we must get the right support for businesses and their workers in place now so that when this crisis is over, the sector can help get the whole country and our economy back on the move.”

Ford’s Fiesta is the most common car in the UK, with more than 1.6m examples driving around. Its stablemate, the Focus, comes in second place with around 1.2m examples registered. 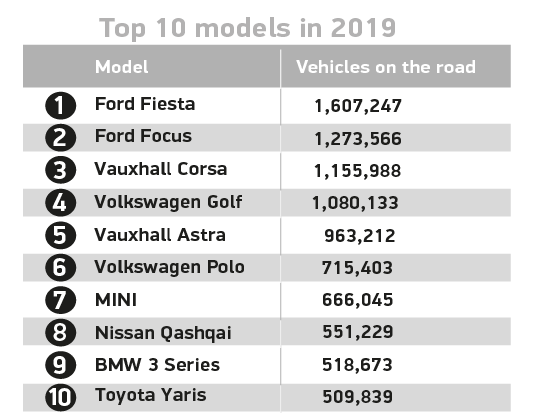 The data reveals that superminis, overall, are the UK’s favourite bodystyle, with more than 11m still in service including more than a million Vauxhall Corsas and 700,000 VW Polos.

When it comes to colour, black cars dominate with 7.1m examples still on the road. Silver (18%) and blue (17%) are second and third choice respectively for motorists across the country and, while white (13%) takes just fifth place overall, it is the most popular colour for battery electric and hybrid plug-in cars.

Across the country, all regions have seen an increase in ownership, the highest spike in drivers being in the South West of the country, up 1.94%. Conversely, Greater London and the West Midlands were the only two regions that experienced a decline in car ownership, down 0.31% and 0.71% respectively, with 9,131 and 24,642 fewer cars on the roads across the nation’s capital and the Black Country respectively.

In spite of this, the biggest city in the region, Birmingham has the second highest number of battery electric and plug-in hybrid vehicles after Greater London, with some 24,000 zero and ultra-low emission cars on the city’s roads. 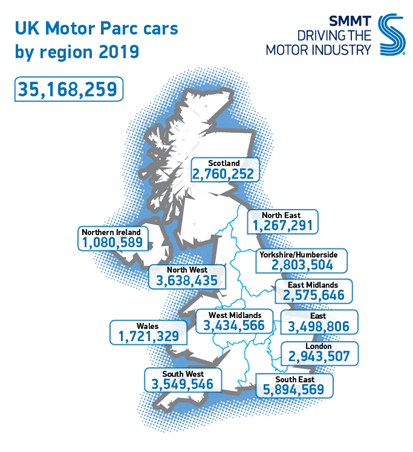