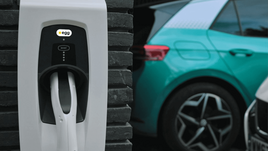 In a recent AM News Show podcast Auto Trader brands director Marc Palmer asserted that “affluence is central to car buyers' EV interest”, adding: “Affluence is (the key). It’s not a North/South divide or urban/rural, where people have got a place to charge the car and the means to afford it, that’s where we see the most interest.” 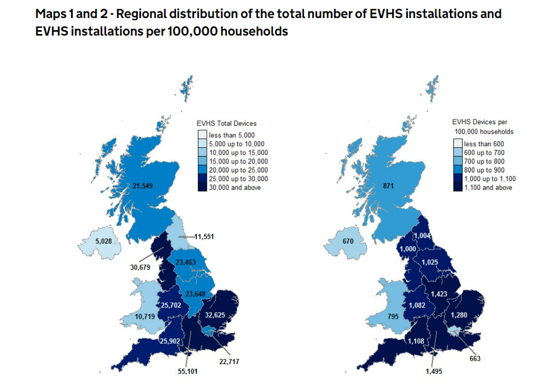 Today’s OZEV data on the distribution of EVHS funding across the UK found that EV owners in the South East accounted for the largest take-up of the scheme, accounting for 19% of installations during the most recent 12-month period.

Commenting on the latest EV grant figures, Meryem Brassington, electrification propositions lead at Lex Autolease said: “It is reassuring to see the latest government data showcasing the significant increase in take-up of the domestic EV charging grant across the UK.

“While this is encouraging, the government and industry bodies must continue to work together to showcase the power of the UK’s charging infrastructure to drive the transition to an electric future and provide affordable alternatives as the cost of living continues to increase.

“This has been supported by the government’s requirement to install charge points in new homes and buildings from next year, but it is crucial that we ensure connectivity across the country and not just in city hubs.”

A total of 4,118 vouchers were redeemed under OZEV’s Workplace Charging Scheme (WCS) – corresponding to the installation of 10,727 sockets – in the period to April 1.

Since its launch in 2016 the WCS has funded the installation of 26,424 sockets in workplace car parks.

In December last year AM reported that car retailers across the UK could face more “overnight changes” to the plug-in car grant (PiCG) after last year's double reduction of the funding assistance for EV buyers.

The grant was reduced from £2,500 to £1,500 and the value of vehicles eligible for the funding assistance reduced from £35,000 to £32,000 just seven months after earlier cuts were criticised by AM100 dealer group bosses.