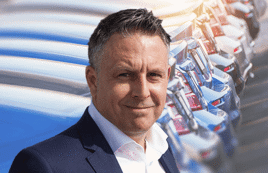 Cox Automotive predicts that the UK’s new car market will end 2022 on 1.62 million registrations after downgrading its forecasts to acknowledge the “reality” of the sector’s global supply crisis.

The automotive services provider now expects a 1.4% decrease year-on-year, which would leave registrations 29.7% down compared to the 2000 to 2019 average and 29.7% down on pre-COVID 2019 after downgrading its previous forecast by 11.3%. 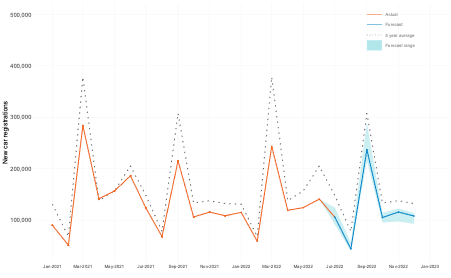 “We’ve been consistently commenting on the sector's headwinds for some time, and retailers and manufacturers respond resiliently,” he said.

“However, we must be realistic about the reality of the situation; new car production issues continue to affect most manufacturers, and there is a considerable shortfall in vehicles entering the market.”

Nothard added: “Although we believe output will increase as time goes on, this will certainly not make up for lost vehicles. Therefore, it remains unclear whether we will ever reach the circa 90m vehicles produced yearly again.”

Earlier this month AM reported how Kia, MG, Hyundai and Dacia were among the car brands defying the automotive sector’s supply issues to swell sales in H1 2022.

Supplies remain a key factor, though, with MG among the carmakers suspending the sale of certain models as it struggles to meet demand.

Cox Automotive also set out upside, baseline, and downside scenarios to predict the best, middle, and worst-case outcomes for the new vehicle market in its latest AutoFocus report.

Nothard took time reflect on the future of the new car market in the Autofocus report, questioning whether UK car retailers would have to work with a push or pull market when supply chains eventually recover.

“Some commentators believe that the industry won't learn, and as soon as supply improves, we will return to old ways,” said Nothard.

“The reality, in my opinion, is more nuanced and is likely to be somewhere in the middle. But, as ever, one size does not fit all, and while some businesses will return to what they know, others will remain demand-driven with a focus on profitability.”