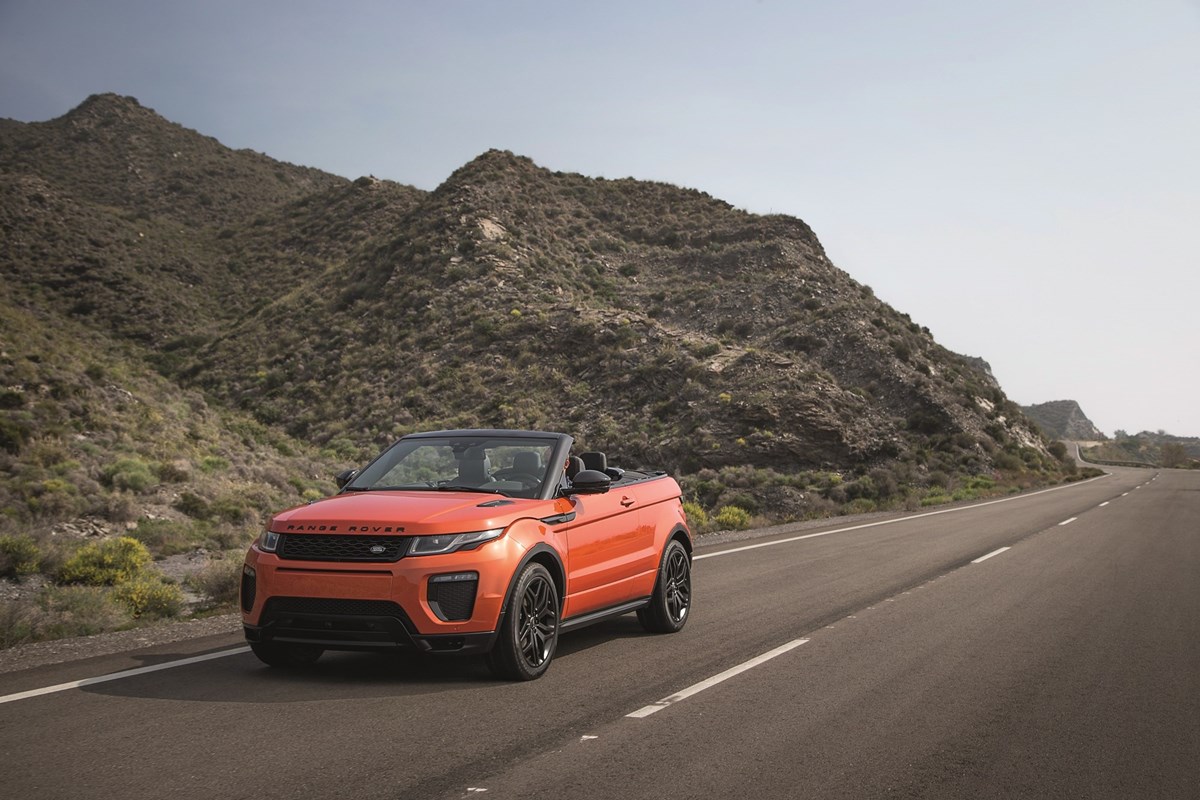 The new Range Rover Evoque convertible will be priced from £47,500 when it goes on sale in the spring next year.

The new four-seat model is the fifth member of the Range Rover family and is the brand’s first convertible.

Land Rover is expecting the SUV market to grow by 20% over the next five years and the convertible Evoque will play a part in the brand capitlising on the expected increase in sales.

The Evoque convertible comes with a fabric roof that can automatically fold and stow in 18 seconds. It can be raised in 21 seconds, at speeds up to 30mph.

Land Rover says the position of the roof doesn’t affect loadspace, with a 251-litre boot.

Customers can choose from a 238bhp Si4 petrol or a 2.0-litre Ingenium with fuel economy up to 55mpg and CO2 emissions of 149g/km.