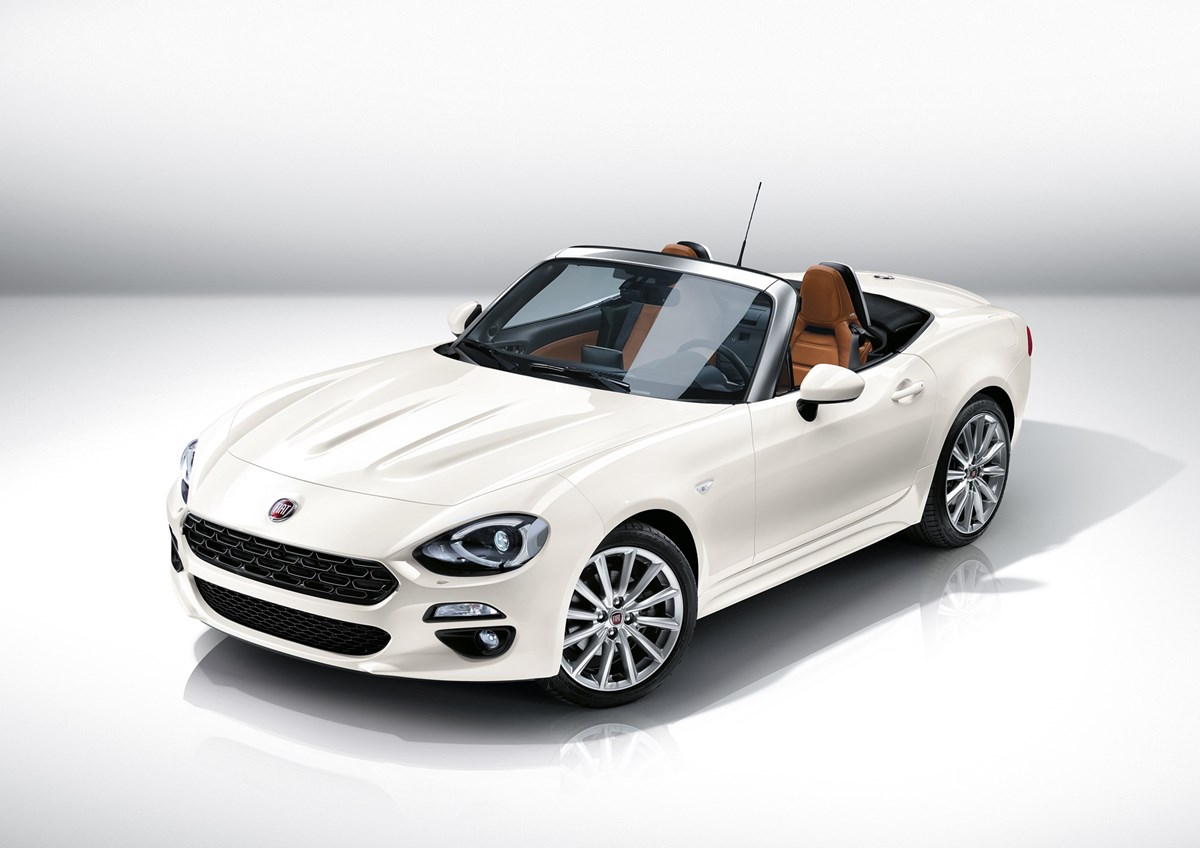 Fiat has revealed details of its new 124 Spider roadster model that will sit as a halo car in UK dealerships in the second half of next year.

The new model, based on the Mazda MX-5, takes some design cues from the 1966 Spider and comes with a spring-assisted soft top rather than electrically operated system.

The rear-wheel drive 124 Spider will come with a 140bhp 1.4-litre MultiAir Turbo engine mated to a six-speed manual transmission.

A Bose premium sound system with nine speakers, including twin headrest speakers per seat and a subwoofer, is also available as an option.

Final pricing and specifications will be revealed closer to the 124 Spider’s on sale date next year, but expect the new model to be priced keenly against the Mazda MX-5 at around £20,000.