Volkswagen Group dominates as Audi A4 claims What Car? Car of the Year award 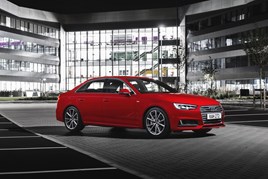 The Audi A4 claimed the the overall Car of the Year accolade at this year’s What Car? Awards on a night which saw the Volkswagen Group dominate proceedings with eight of 19 category wins.

None of the eight victorious cars were affected by dual NOx and CO2 emissions scandals, because all of them are powered by the latest generation of petrol, diesel and hybrid engines, which have been recertified in recent months, What Car? said.

Jim Holder, editorial director of What Car?, added: “When we began the judging process, the VW emissions scandal was in full swing.

“However, our guiding principle is to recommend the best cars on sale today. We have tested all cars with our unrivalled rigour and scrutiny on a level playing field with all of their rivals.

“Regardless of the scandal, the VW Group still builds cars that rank among the very best on the road and, tested against our criteria covering all of the rational reasons that consumers choose one car over another, the results are clear to see.”

The What Car? Awards, now in its 39th year, follows testing carried out by the publication’s road testers which includes back-to-back testing and rigorous analysis of all ownership costs from purchase payments through to tax implications.

Mystery shopping gets establishes each vehicles best sale prices, meanwhile, and True MPG testing reveals which cars are the most economical.

Brands from the VW Group have always been strong contenders in the What Car? Awards – since the inception of the Awards in 1978.

The VW Golf has won the overall COTY award four times, more than any other model, while VW as a brand is the most successful in the history of the main prize, with six wins to its name.

Meanwhile, Audi is the only car manufacturer to win the What Car? Car of the Year award more than once in the last 10 years – the A1, A3 and now the A4 have all scooped the main prize.

Dominique Boesch, Audi’s head of sales for Europe, said: “We at Audi feel enormously privileged to be recognised so conclusively with the coveted overall Car of the Year award, the strongest possible vote of confidence from What Car?

“For the A4 to receive such an award is enormously meaningful for us and is a recognition of the advanced engineering and design that the A4 epitomises, which make it such a popular choice for UK drivers.” 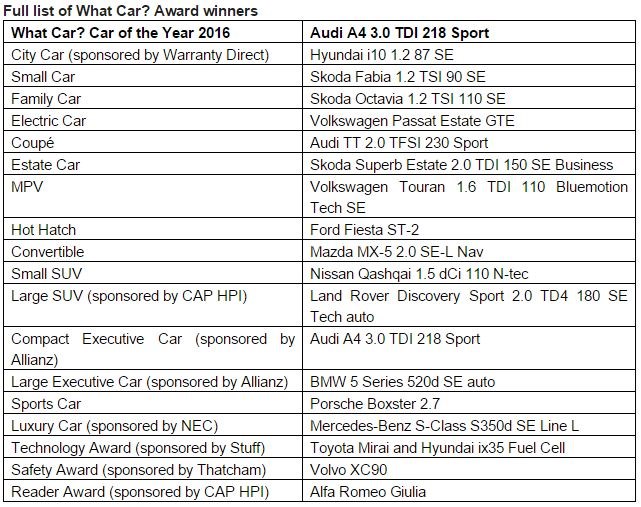