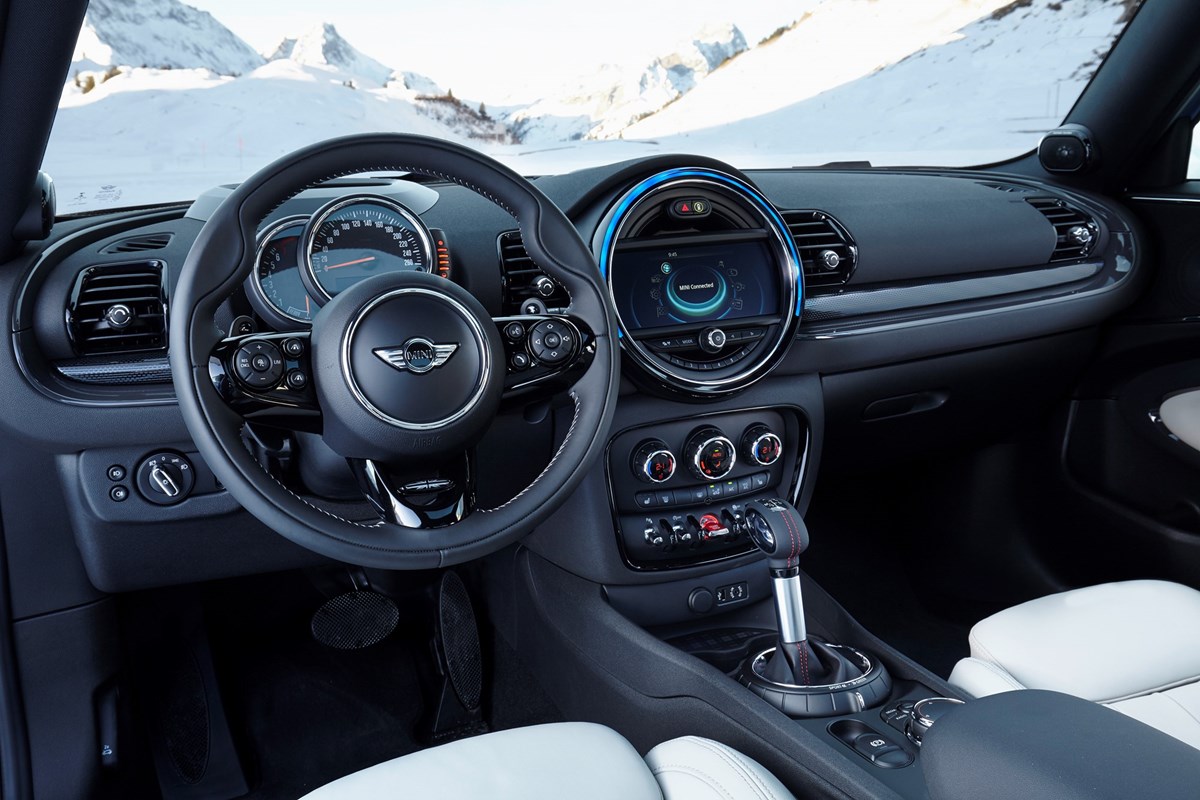 It is the brand’s first all-wheel drive model in the C-segment.

Mini’s ALL4 all-wheel drive system, which has previously only been offered on Countryman models, has been specially redeveloped to ensure “sportier handling and improved versatility” to enhance the everyday practicality of the Clubman.

Powering the Cooper S Clubman ALL4 is the 2.0-litre four-cylinder petrol engine with TwinPower turbo technology, with 192hp. It is combined with a six-speed manual transmission as standard, and optionally with an eight-speed Steptronic transmission.

The new Cooper SD Clubman ALL4 features a 190hp diesel engine which is paired with the eight-speed Steptronic transmission as standard.

Fuel consumption on the combined cycle is 58.9mpg with CO2 emissions of 126g/km.

Sat-nav is standard on all models.

The ‘excitement’ package is standard. It features a projection of the brand logo on to the ground beneath the driver’s side door mirror when the car is opened and closed, as well as extended interior lighting.