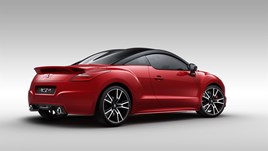 The Peugeot RCZ will no longer be on offer in the UK, once the remaining dealer stock has been sold.

Despite being part of the line-up since 2010, it is one of the casualties of PSA chief Carlos Tavares’ product rationalisation strategy, according to an exclusive report by CAR.

When CAR spoke to Tavares a year ago, he said sports models were less important to the business than having viable, profitable mainstream models and the range was to be reduced from 45 to 26 models by 2022.

Now, Tavares told CAR: “We will move more to sporty derivatives of mainstream cars, rather than dedicated sports cars,

“Dealers will tell you I’m making 80% of my business with just four cars.

“Frankly at 26 , it’s still too many, but if I say less people will commit suicide.

Dealer stock of the RCZ coupe (pictured) numbers around 100.