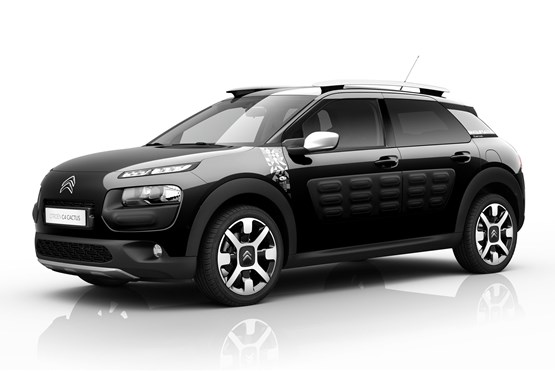 A special edition Citroën C4 Cactus, the Rip Curl, is to be shown at the Geneva Motor Show.

It features ‘grip control’ for improved traction, along with new styling elements designed to emphasise its outdoor character.

The car is a collaboration between Citroën and Rip Curl, the surfing brand.

The Grip Control system provides the benefit of intelligent traction in ‘off-road’ mode. It uses an advanced anti-skid function built into the ESP computer, which manages the traction from the driven front wheels, and has various other modes for different types of terrain. The Grip Control selector, set in the centre of the dashboard, provides access to five operating modes, standard, sand, off-road, snow and ESP off.

The special edition goes on sale in the first half of this year.