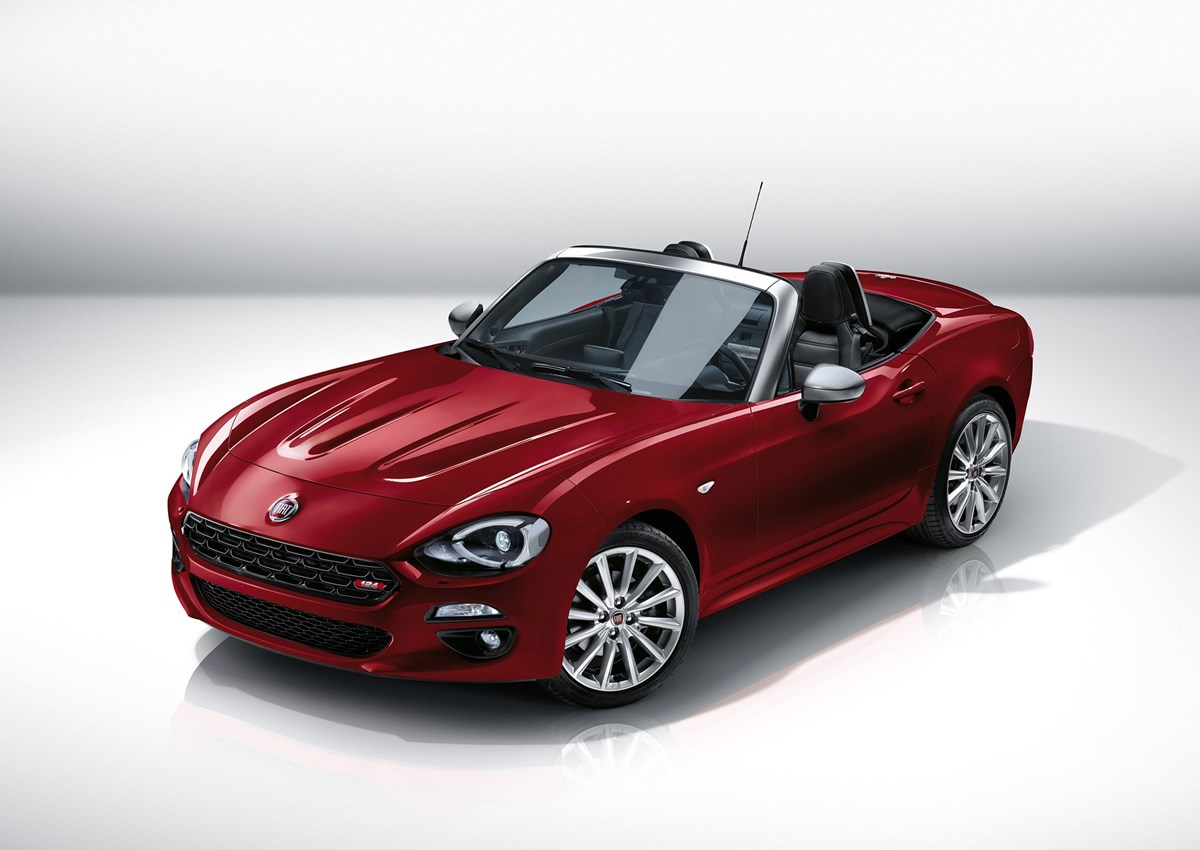 Fiat has revealed the 124 Spider at the Geneva Motor Show today.

Prices and specifications for the 124 Spider will be announced closer to the car’s UK launch, with an entry level point below £20,000.

Powering it will be a 1.4-litre, MultiAir, turbo-charged four-cylinder engine, which delivers 140hp and 240Nm of torque.

Mated to a six-speed manual transmission, the car is capable of accelerating to 62mph in 7.5 seconds and has a top speed of 134mph.

Trim levels are still being finalised for the UK ahead of its launch in the third quarter of 2016, but standard equipment on all versions is expected to include four airbags, air conditioning, a leather steering wheel, cruise control, 16-inch alloy wheels, USB, AUX and Bluetooth connectivity and keyless start.

To mark the launch and celebrate 50 years of the unveiling of the original Fiat 124 Spider in Turin in 1966, a limited anniversary edition has been created.

Enquiries are invited for this exclusive special edition, of which only 124 numbered examples will be available for the UK market.