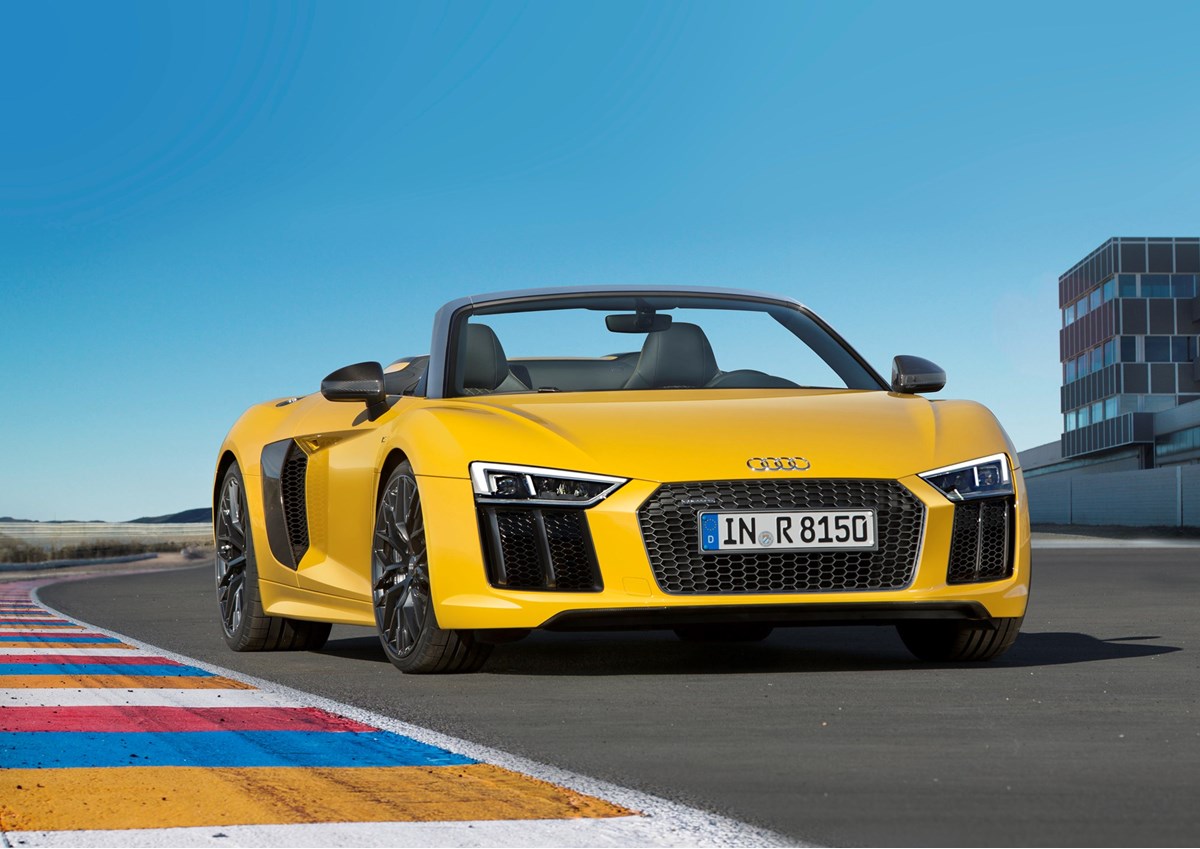 Audi’s new V10-powered R8 Spyder will be priced from £129,990 and order books are now open with first deliveries starting late this year.

Audi’s official economy figures show the R8 Spyder is capable of 24.1mpg and has a CO2 output of 277g/km.

The new convertible comes with an automated cloth hood that can be operated up to speeds of 31mph and will open and close in 20 seconds. The rear window, sunk into the bulkhead, can also be retracted and extended through a button in the cockpit.

The Audi smartphone interface, which made its debut in the Q7 and A4 model lines and has just become a standard feature of the A3, is also adopted by the second generation R8 Spyder.

It enables selected content from compatible iOS and Android smartphones to be displayed by the Audi virtual cockpit.

Drivers can also upgrade the R8 Syder with a Sport Plus Pack, which adds more variation and customisation to the standard steering set-up. Audi magnetic ride adaptive damping and sport exhaust with black exhaust tailpipes are included in the optional pack.