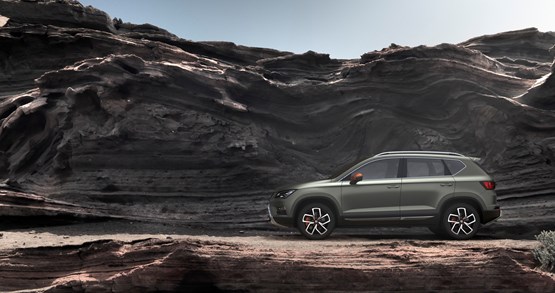 Evidence that claims it can “surpass any limit” will be revealed by Seat at next week’s Paris Motor Show.

It will reveal the Ateca X-Perience – “a different take on the conventional SUV”.

“The X-Perience is an exercise to show the Ateca family’s possibilities and potential in the future.

We know that with the Ateca, we can go much further and it will be on display at the Paris Motor Show,” said the Seat vice-president of research and development Dr Matthias Rabe.

“With the Ateca X-Perience we can go beyond that which we already have in the series. It’s for the customer that wants to go further, taking it to the extreme, for weekend adventures, and of course, off-road.”

While a concept, Seat will gauge public reaction before making a decision whether the car goes into production.