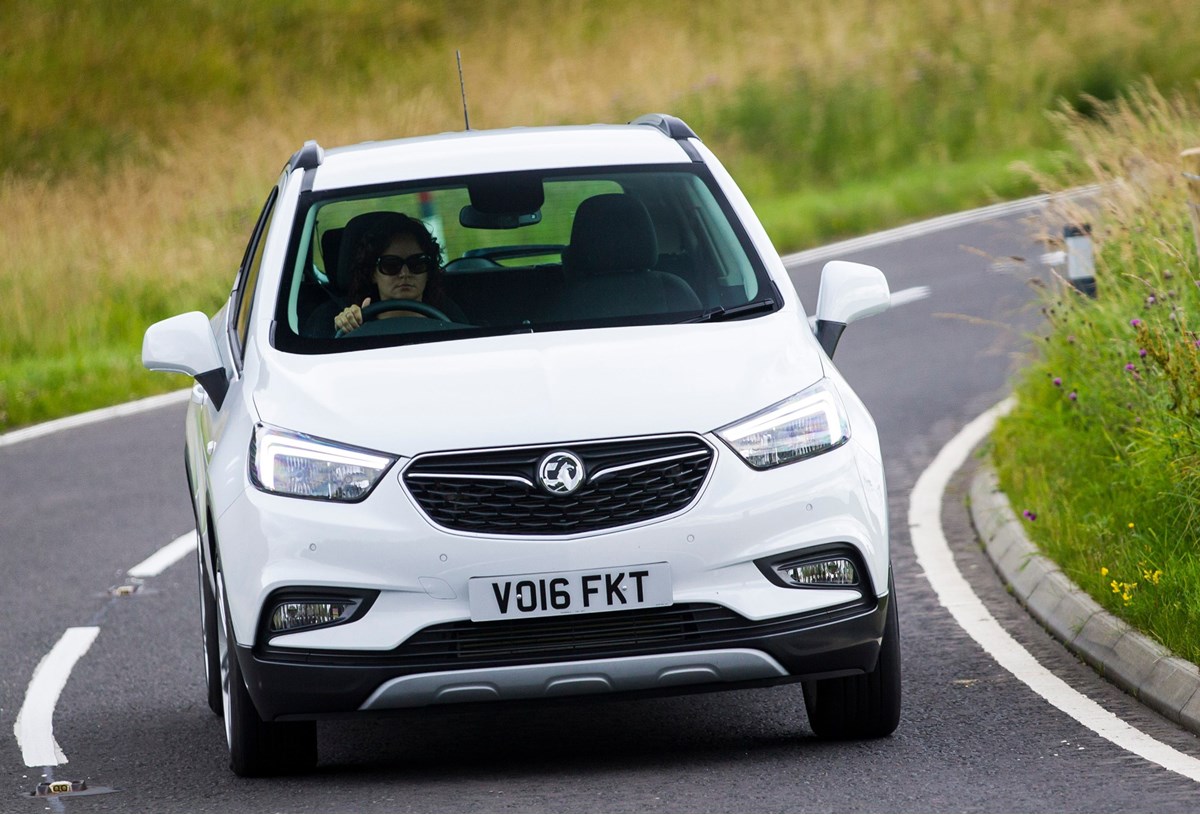 Vauxhall will reveal new versions of  the Mokka X and Zafira Tourer at next week’s Paris Motor Show, ahead of their dealer launch next month.

The Mokka X has a new interior and exterior design, a new powertrain and features OnStar and Apple CarPlay.

The Mokka X’s new look is down to work carried out by a design team led by Britain Mark Adams.

At the rear is another double wing signature highlighted in the tail lamps, with LED technology an option. New colours include ‘amber orange’ and ‘lava red’.

On the inside, the Mokka X has a completely new dashboard inspired by the new Astra.

With a six-speed automatic transmission, adaptive all-wheel drive and start/stop, this Mokka achieves 43.5mpg and CO2 emissions of 150g/km.

The new AFL LED system adapts the headlights’ lighting patterns automatically to the driving situation so that the best possible light performance is given without dazzling other road users.

The new Vauxhall Zafira Tourer will be priced from £18,615 on-the-road.

New Zafira Tourer comes with a new exterior and interior.

The latest model comes with all the well-known features of its predecessor such as the Flex7 seating system, AGR front seats, the Flex-Fix bicycle carrier and FlexRide adaptive damping.