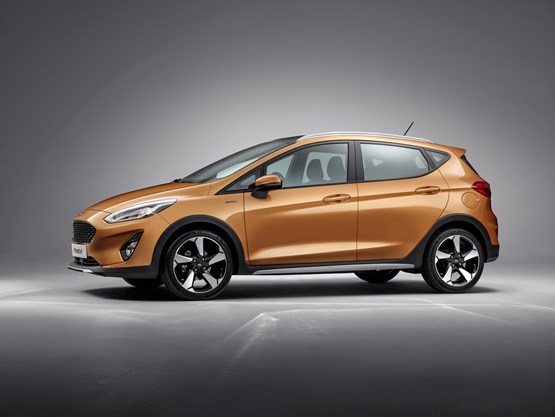 Ford revealed the next generation Fiesta family to more than 2,500 European dealers and media at its latest Go Further event last night.

Fields announced that Ford would begin testing autonomous cars on Europe's roads in 2017.

The event, which attracted senior executives from the likes of Lookers, Perrys, Pendragon and Vospers, was also broadcast live to Ford dealers across Europe who were unable to attend.

One viewer was Marshall Motor Holdings chief executive Daksh Gupta, who tweeted: "Watching the event live....new Fiesta looks great! May have to up my Ford budgets despite closing them today."

The finale of the evening was the revealing of the new Fiesta, which will enter Ford dealers' showrooms in the UK next June.

Fiesta's range includes a luxury-spec Vignale model, complete with a B&O sound system, and a Fiesta Active with crossover-like styling enhancements and ride height - the latter to reach showrooms at the end of 2017.

Ford said as Fiesta is already Britain's best selling new car, and has held the lead for eight years, the brand needs to introduce new enhancements in order to create "more opportunity" and grow sales further in the B-segment.

Farley told AM: "There's a lot of new opportunity for our dealers. This is the first new Fiesta in more than seven years, and we have new variations like Vignale, for people who want a small car with luxury or that off-road feeling.

"For the fleet market, the user-chooser market, this car is packed with technology but very affordable to run."

AM understands Fiesta will no longer sit below the £12,500 price threshold, but Farley said Ka Plus now fulfills that need for people seeking a five-door hatchback for a smaller budget.