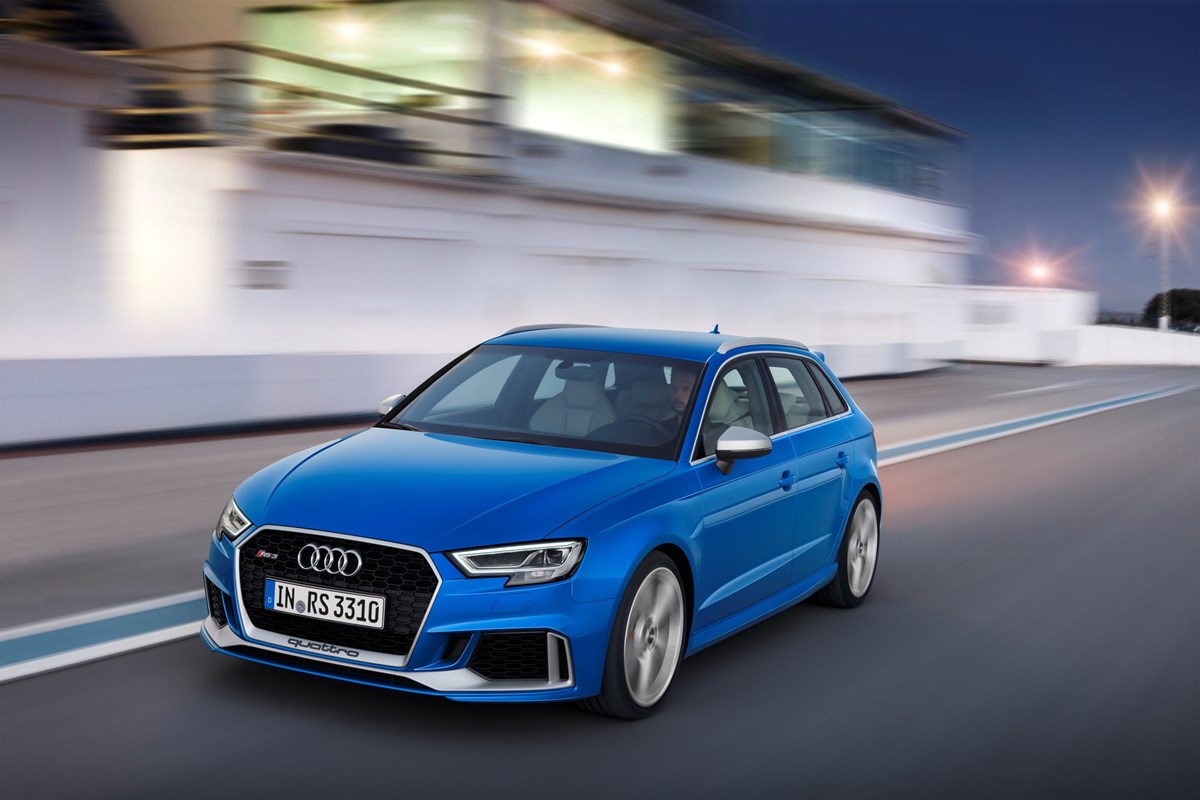 At next month’s Geneva Motor Show Audi will unveil the new RS 3 Sportback - the original entry point to Audi RS.

It will be powered by a 400PS five-cylinder TFSI engine and a series of design and connectivity upgrades.

Following its world public debut in Switzerland on Tuesday March 7 the Audi compact will become available to order in the UK in the summer and will be showrooms towards the end of the year.

“Since 2011 the sporty compact model has proved itself extremely successful on the market.

“And with the new five-cylinder engine, the Audi RS 3 Sportback is at the head of its class and continuing that strong track record.”

Prices will be announced nearer the launch date.

Powering the Audi RS 3 Sportback is the world’s most powerful production five-cylinder engine – the 2.5 TFSI. It delivers 400PS – 33PS more than its predecessor.

The Audi Smartphone Interface is now standard, enabling users to access selected apps on their handsets from the car’s onboard monitor via Apple Car Play and Android Auto, and an LTE module brings the Audi connect services on board, including navigation with Google Earth and Google Street View, as well as information on fuel prices, weather, travel and traffic.