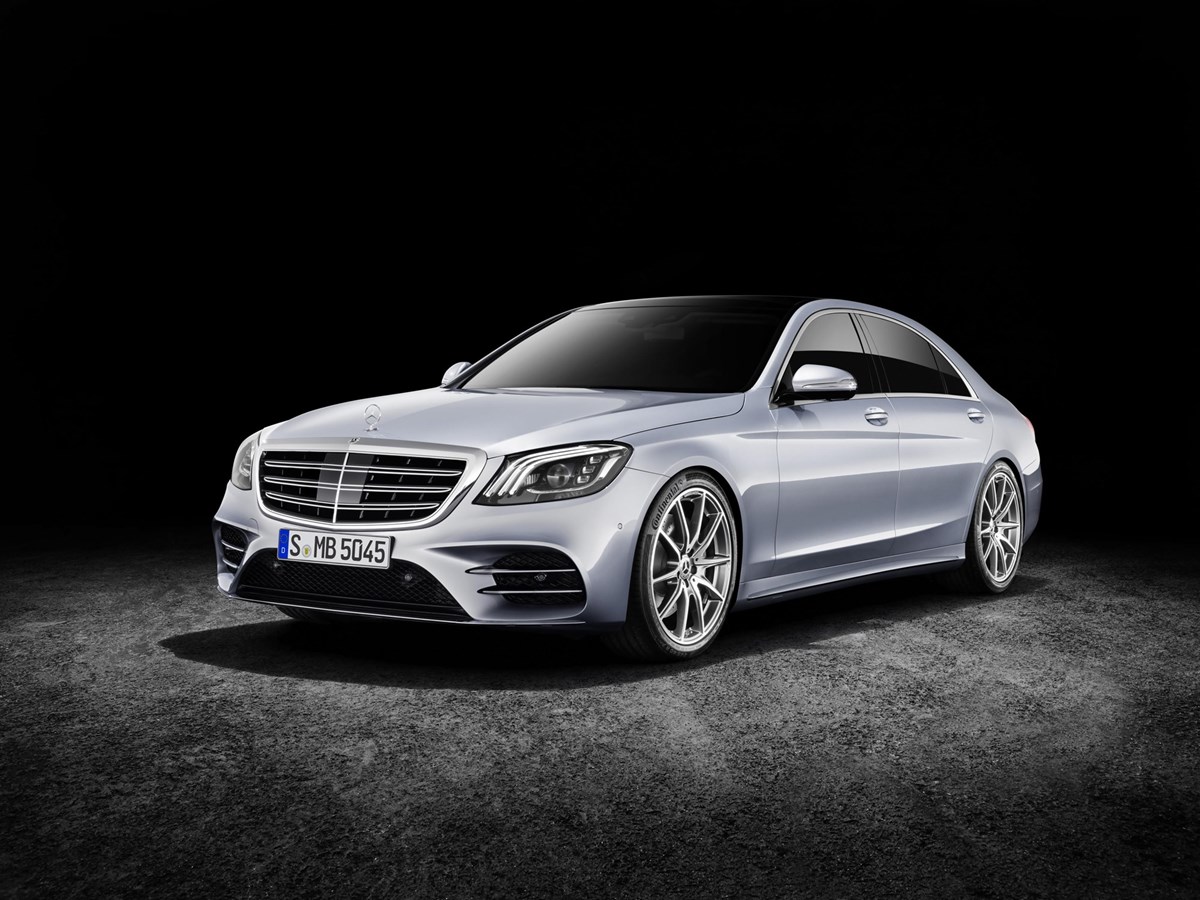 Mercedes-Benz has updated its flagship S Class for 2017 with a suite of new engines and advanced driver assistance systems.

The facelifted car will be officially launched in July with visual changes restricted to new bumpers while the interior features a wide-screen cockpit made up of two 12.3-inch displays.

The biggest change comes with the introduction of new six-cylinder diesel engines in the Mercedes-Benz S350 d4MATIC and S400 d4MATIC. It produces 286PS with 600Nm and 340PS/700Nm respectively.

Despite being noticeably more powerful than its predecessor, the new engine consumes 7% less fuel and has been designed to comply with future emissions legislation (RDE – Real Driving Emissions).

A six-cylinder petrol and a plug-in hybrid with an electric range of 31 miles, both utilising 48v electronic ancillaries to reduce consumption, will join the range later this year.

Mercedes-Benz will also introduce a new 4.0-litre V8 which will feature in the S560 4MATIC and Mercedes-Maybach S560 4MATIC with 469PS, thanks to two turbochargers. In the S63 the output is increased to 612PS with 900Nm of torque. To lower the fuel consumption, four cylinders of the new V8 are deactivated simultaneously under partial load.

The new S-Class takes another major step towards autonomous driving with DISTRONIC Active Proximity Control and Active Steer Assist the car now provides even more comfortable support for the driver to keep a safe distance and steer. The speed is now adjusted automatically ahead of curves or junctions. This is complemented by a considerably improved Active Lane Change Assist and additional functions of the Active Emergency Stop Assist.

Thanks to enhanced camera and radar systems, the new S-Class has an even better view of the surrounding traffic: In addition, for the first time it makes use of map and navigation data to calculate driving behaviour.

This means that DISTRONIC Active Proximity Assist is able to assist the driver in many situations based on the route, and conveniently adjust the vehicle speed.